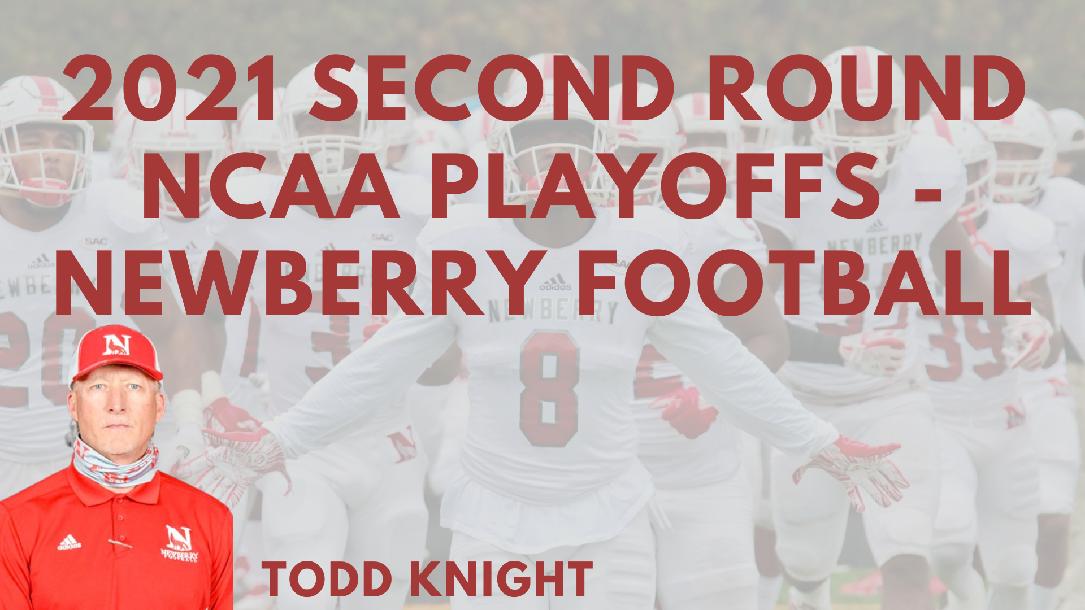 In this course, Coach Todd Knight talks about Newberry's trip to the second round of the NCAA playoffs and what it took to get there!

Simply click the ‘Book This Course’ button at the top right of this page, place your order, and you’ll immediately be logged into the training with full access. Learn how Coach Knight got his team to the second-round playoffs today!

Todd Knight enters his 13th year at the helm of the Newberry program in the 2021 season, having made his mark as one of the most successful coaches in program history. Knight signed a contract extension at the end of the 2021 season to continue leading the Wolves through the 2025 season.

His 80-60 overall record makes him the winningest coach in school history, a feat which he accomplished with his 73rd win in a 24-19 contest over Tusculum in front of the home crowd on September 25, 2021, remaining the only 40-game winner with a winning record in the 105 years of Newberry football. The 2016 and 2021 South Atlantic Conference Coach of the Year has a .571 winning percentage, good for second in school history among coaches with 10 or more games at the helm.