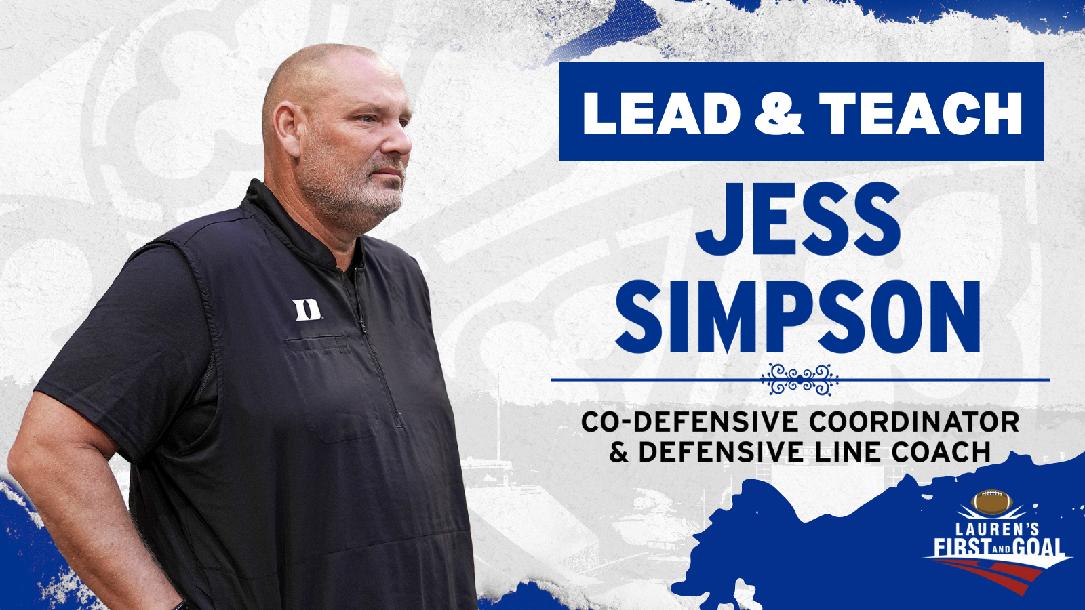 He shares his methods developed through the limitations placed on teams in the 2020 season that led to better individualized coaching.  Clinic includes video examples of the different teaching tools which coach uses to develop each individual in his position group.

If you want to strengthen relationships and develop the players to their potential, this course gives you the template.

In his first season at The U in 2018, Miami delivered a stellar season on defense. The Hurricanes ranked No. 4 in the country in total defense and ranked No. 1 in several categories, including tackles for loss, third down conversion percentage and passing yards allowed. Under Simpson’s tutelage, defensive tackle Gerald Willis earned All-American honors.

Simpson joined the Hurricanes in March of 2018 after spending the 2017 season with the Atlanta Falcons. Simpson was the defensive line/assistant head coach at Georgia State in 2016.

Simpson helped Atlanta rank ninth in the NFL in both total defense and rushing defense in 2017. The Falcons advanced to the NFC Divisional Playoffs before falling to eventual Super Bowl champion Philadelphia.

Jess has always been a great example for his players at all three levels! He is the same example professionally among his peers. He is a ball coach to the core. Great list for anyone in business, coaching, leadership positions....and especially for those early in their careers! A great checklist of characteristics form a great coach. Need some more teach tapes from Coach Simpson

BEST is the Standard- Pathway to Building a Strong Culture by Jason Wilkes
Views: 1245
$4.99