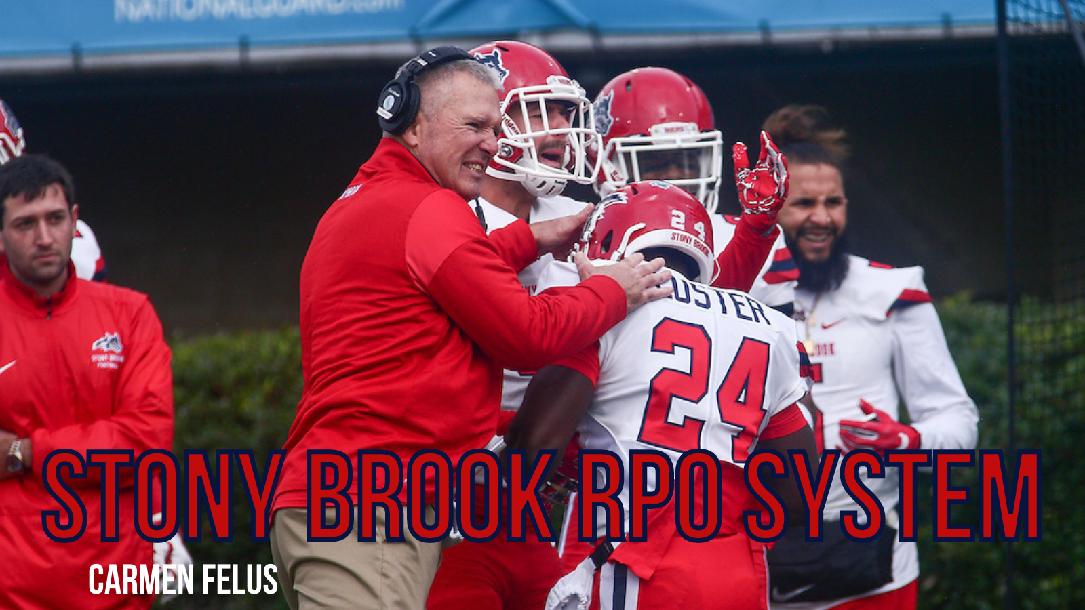 Coach Carmen Felus the RPO system and how they structure and teach it at Stony Brook.

Carmen Felus started with  Stony Brook as the Co-Offensive Coordinator and QB coach for the 2016 season. In his four seasons at Stony Brook the Seawolves have combined for 27 wins, including 10 wins in 2017 and an appearance in the second round of the FCS Playoffs. Felus helped guide the 2017 offensive unit average 28.5 points per game. He also helped lead Seawolves' QB Joe Carbone to one of Stony Brook's most successful seasons ever with a school record 204 completions and the second most yards (2,470) and touchdown passes (23). Stony Brook returned to the FCS Playoffs in 2018 with seven wins, averaging 26.8 points per game and finishing first in the CAA in rushing offense.