Chris Ball - Own the Ball/Man Free 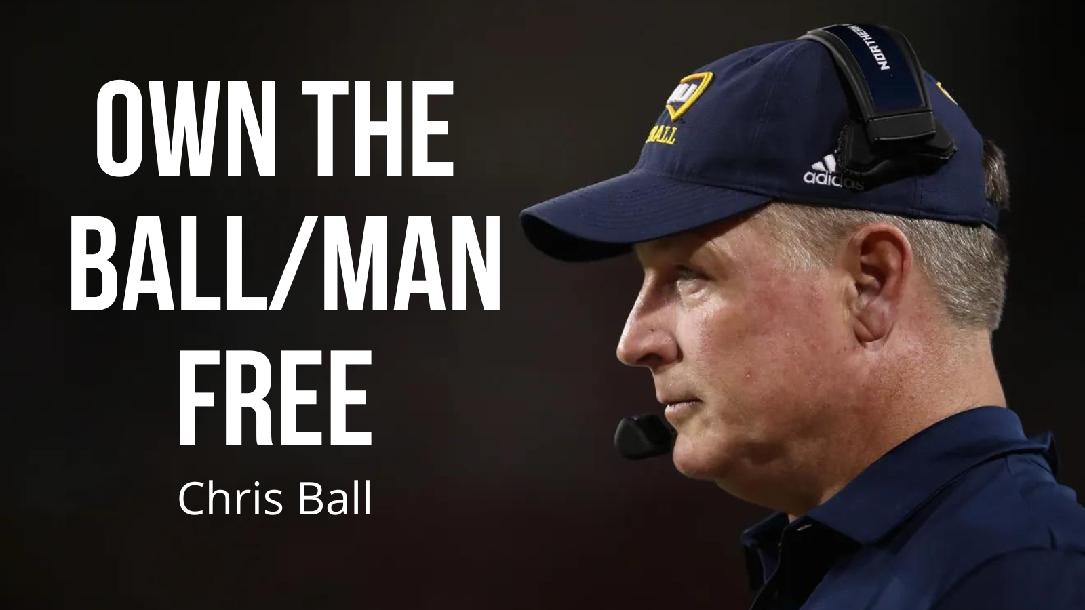 Northern Arizona Head Coach Chris Ball breaks down owning the ball and man free concepts in his defense. Coach Ball has over 30 years as a defensive minded/defensive back specialist, and created this course to help you implement his philosophies to make your defense better! In this course, he covers knowing your defenses “why?” as well as tackling drills and techniques to make your defense fundamentally sound. Later in this course he goes in depth on Cover 1 and forcing  turnovers with film breakdown as examples.  Hit “Book this Course” to dive into Coach Ball’s mind on defense and take your defense to the next level!

Chris Ball is the current Head Coach at Northern Arizona University. He began his career as a player at Missouri Western in the early 80’s. He became a GA at his alma mater in 1986 and then was hired as the defensive back coach Northeast Missouri State. The next year he went back to being a GA at Akron before becoming an assistant coach at Washington State during the 1989-1990 season. Coach Ball went back to coaching DB’s at Coffeyville CC in 1991 where he stayed for 3 seasons. In 1995, Ball took the Assistant Head Coaching position at Western Oregon State before moving to Missouri Western for his first Defensive Coordinator position. Ball took the same position at Idaho State in 1999 before returning to Washington State as the DB’s Coach from 2000-2002.  From 03’-06’ he was at Alabama as the defensive backs coach, later moving on to Pittsburgh. Coach Ball once again returned to Washington State in 2008 as the Assistant head coach where he stayed for 3 more seasons. From 2012-2015, Ball was the defensive coordinator for Arizona State and from 2015-2018 was the DC for Memphis. Coach Ball has been the Head Coach for Northern Arizona since 2019.

You just booked "Chris Ball - Own the Ball/Man Free"