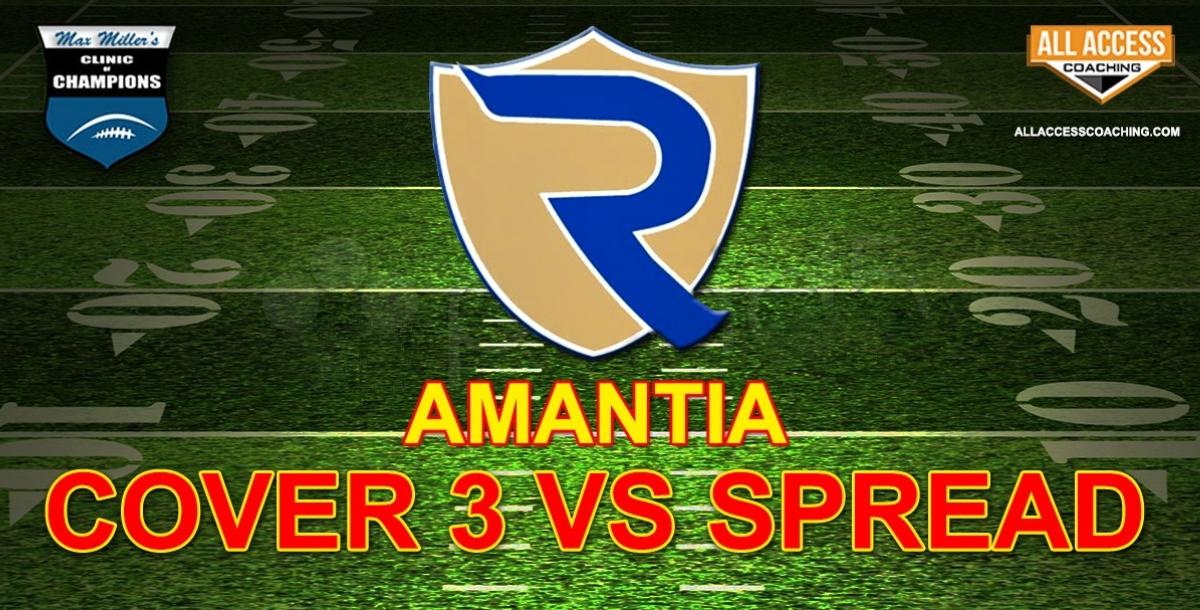 Giving up a lot of yards through the air?

Want to fix/put in a solid Cover 3?

Listen to how Coach Amantia ran his Cover 3 against one of the top teams in the nation, Learn Pre and Post Snap Unders, how to defend routes, and position adjustments to Coverage, and see the game film of it all.

Check Under, safety positioning, and tracking routes are all talked about in this video

Tony Amantia played linebacker at Nevada for Chris Ault in 1990

Amantia got his start in high school coaching at Manogue in 1997-98. He won a Regional and state title at Manogue. From there, he went to Wooster from 1999-2002, then to Damonte Ranch, when that school opened, coaching from 2003-11. The Mustangs won their first playoff game in 2008 over Hug. He said the first season having all three levels in the football program at Damonte was 2006.