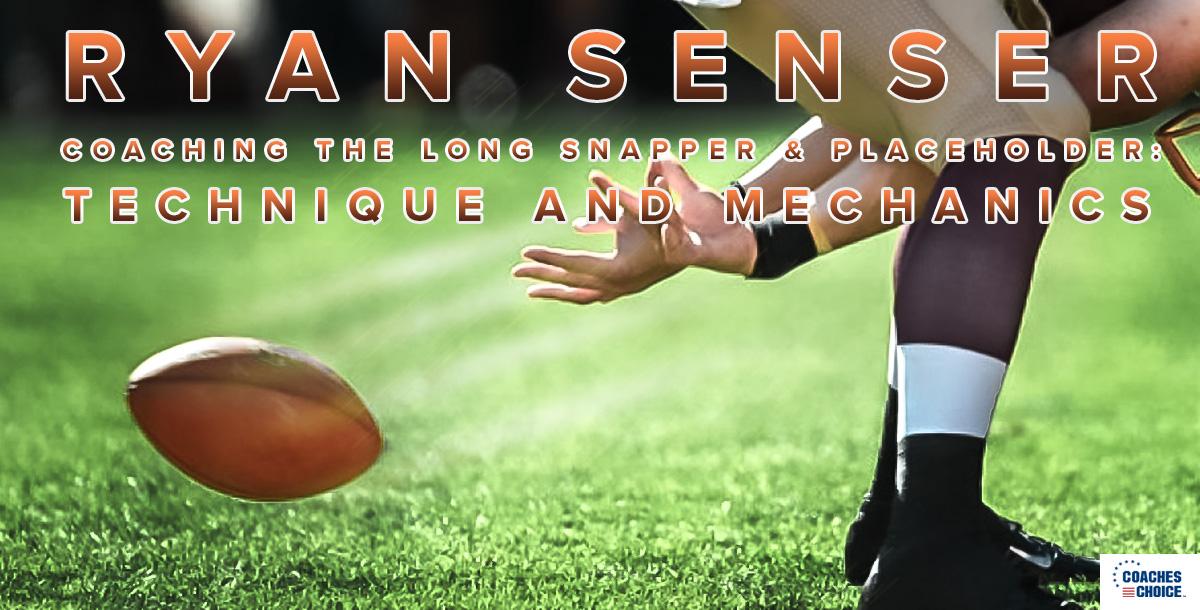 Coaching the Long Snapper & Placeholder: Technique and Mechanics presents in-depth guidelines for mastering the basic techniques for both the long snapper and the placeholder. This coaching course explains and demonstrates the fundamental skills involved in long-snapping, including the approach, grip, and reacting to the snap count. These coaching videos also review the essential components involved in coaching a fundamentally sound placeholder for field-goal and PAT attempts. Appropriate for coaches at all competitive levels, this course is designed to be an invaluable resource for coaches who want to address these important, yet often overlooked special teams roles.

• The approach
• Proper alignment
• Stretch out to the ball
• The grip
• The snap
• Examples of snaps
• Proper snap height (coaching points)
• Preventing the snap from drifting sideways
• The holder for field goals and P.A.T.’s
• Snap, hold, kick demonstration

Long Snapper for the Florida Tuskers of the United Football League

Ryan Senser is currently the starting long snapper for the Florida Tuskers of the United Football League. Previously, he has had stints as a long snapper in the NFL, with the New Orleans Saints (2008) and the Seattle Seahawks (2008-2009). After beginning his Division 1 collegiate career with Arizona State University, he transferred to Ohio University, where he started for three consecutive seasons (2005-2007) as the Bobcat’s long snapper.

Michael Braunstein currently owns and operates the company, “Kick on 4th Down,” that offers instruction in kicking fundamentals and techniques to coaches and athletes at all competitive, skill, and interest levels. A 2007 graduate of Ohio University, where he was a first team All-MAC selection as a kicker during his senior year, as well as a semifinalist for the coveted Lou Groza Award, Braunstein is one of the most respected kicking instructors in the nation.