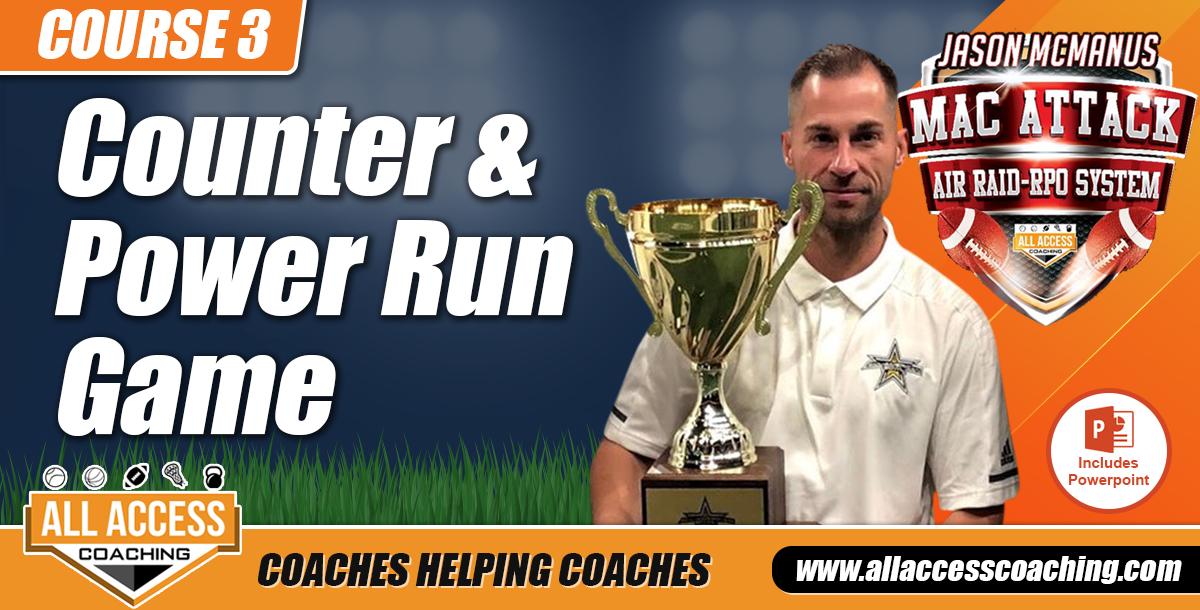 The MACATTACK NO HUDDLE SPREAD.....

When you read that I bet you thought of a dozen pass concepts.   A QB in the pocket slinging it down the field.  The band playing.

They RAN for 700 more yards than they passed for!

And Coach McManus has developed the First Team All-State QB for four years in a row, winning Gatorade National Player of the Year once.

Would you run the ball with an All-State Quarterback?   Well.....have you won 4 consecutive state titles?

-->  QB Counter is a read.  Sometimes he hands it off, sometimes he keeps it, and when they really want to piss you off, they throw it.

The MacAttack is a Defensive Coordinators nightmare.

Try sleeping Thur night knowing you have to defend all that.

A ton of usable information in a short period of time. Really looking forward to installing in our offense.

This was a well made course. Very detailed and informative. Thank you for sharing . Coach Z

This course gave us some helpful was to fix any blocking issues we encountered. It gave a another way to approach some problems with very functional results. Thanx Coach.

Best Power and Counter presentation...definitely has made me a better coach.

Another Great Course by Coach Mac!!