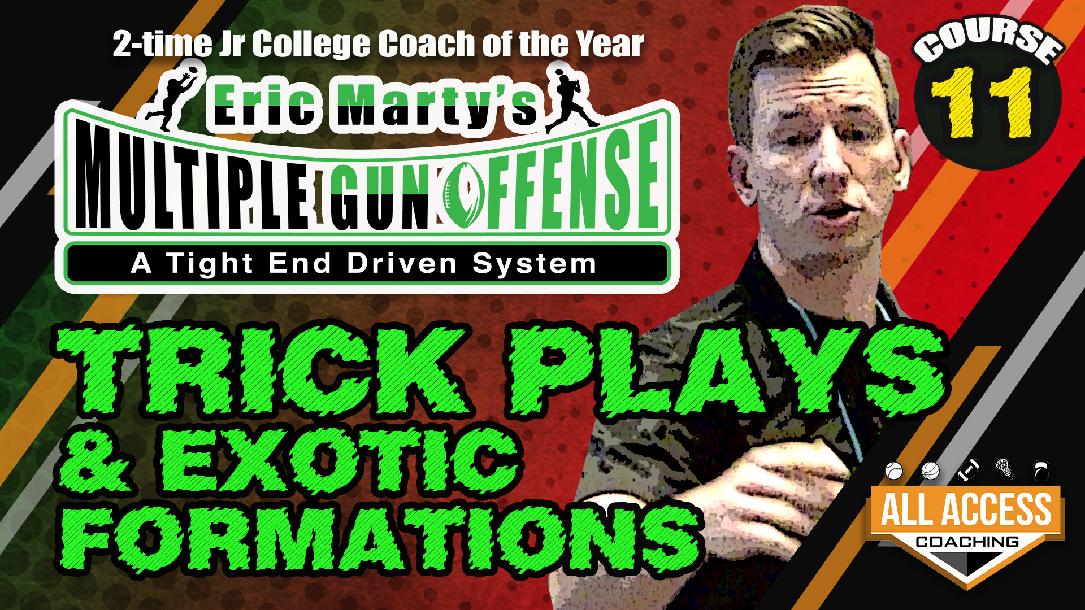 Whether it’s a game you expect to win, or one you are a heavy underdog – having one or two special plays in your back pocket to steal a touchdown can change the game.

Coach Marty breaks down the wide varieties of specials they have carried into game weeks the past few years, and most importantly talks about the why.  Why did they install that look that week against that particular opponent.  Most worked, a few didn’t.  But carrying a few specials is a trademark of the Tiger Offense.

Defenses know they are going to have to line up and play great defensive football to slow Reedley’s Offense down, and often the trick play touchdown is the straw that breaks the camels back.

You’ll see some stuff you maybe know, you’ll see a couple ideas you probably never have – either way it may be a good way for your program to steal a couple TDs this coming fall.

loved this video. great info for the Qb run game in this system!