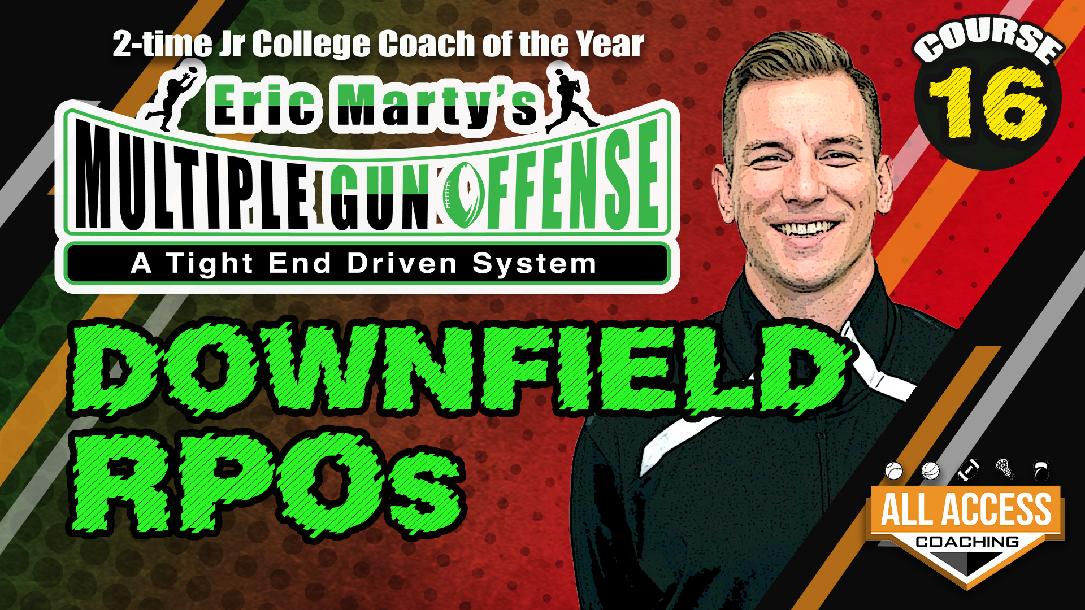 Coach Marty will teach you the foundational principles to his TIGHT END DRIVEN MULTIPLE GUN OFFENSE so that you can implement at whatever level you are at!

This is the second part of MULTIPLE GUN OFFENSE RPO system.

RPO’s can be a huge asset for any offense – but an often-overlooked element of running RPO’s is that you are putting a huge amount of trust in your quarterback.

Coach Marty regularly employees RPO options into his run concept but he very clearly articulates the Quarterback’s responsibility and priorities to ensure maximum efficiency and success.

Coach Marty will break down the three different mesh styles and the downfield RPO’s that Reedley employees to create explosive play opportunities with limited risk  Most importantly, he gives you the rules he gives his quarterbacks!

His downfield RPO system is an awesome way to help simplify or reduce the reads and decision a quarterback has to make, especially on early downs.

There is a reason Reedley’s QB’s have finished 2nd and 5th in the state in passing efficiency the past two years, and the way the Tigers scheme their RPO’s and coach their quarterback to execution them goes a long way.  You’re not going to want to miss this.

Love the use of TEs and RPOs to put stress on defenses.