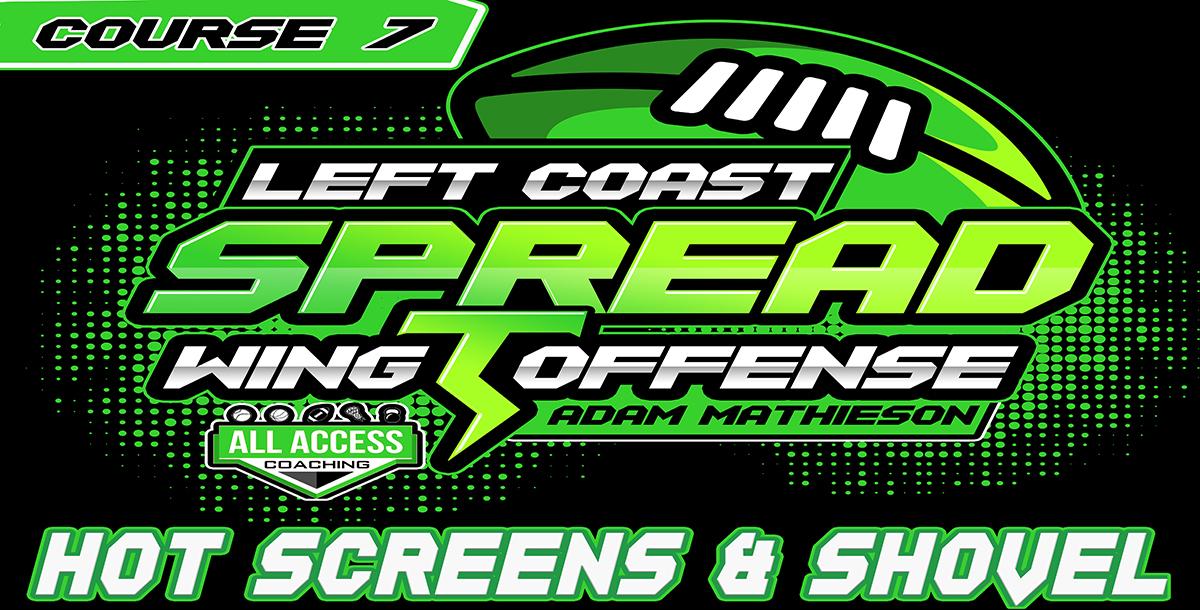 Coach Mathieson tells us what his QB wasn’t doing that made him use more hot/now screens to gain some significant yardage and run the offense at full capacity. Coach will also show us some helpful foot work for the receivers and the QB, depending on whether you are throwing to your throwing arm side or away from your throwing arm side of the formation.

Coach Mathieson also breaks down his "fox" double move options off of the hot screens, as he details the all the assignments for the OL, WR's and QB.

Coach Mathieson also talks about how he double reads his “shovel pass," which is a dual read play combining a hot screen and traditional counter criss cross blocking.

Good stuff coach. For anyone looking to expand on the Wing T I highly recommend it.

This series was excellent. This is one of the best series of football videos on the market.