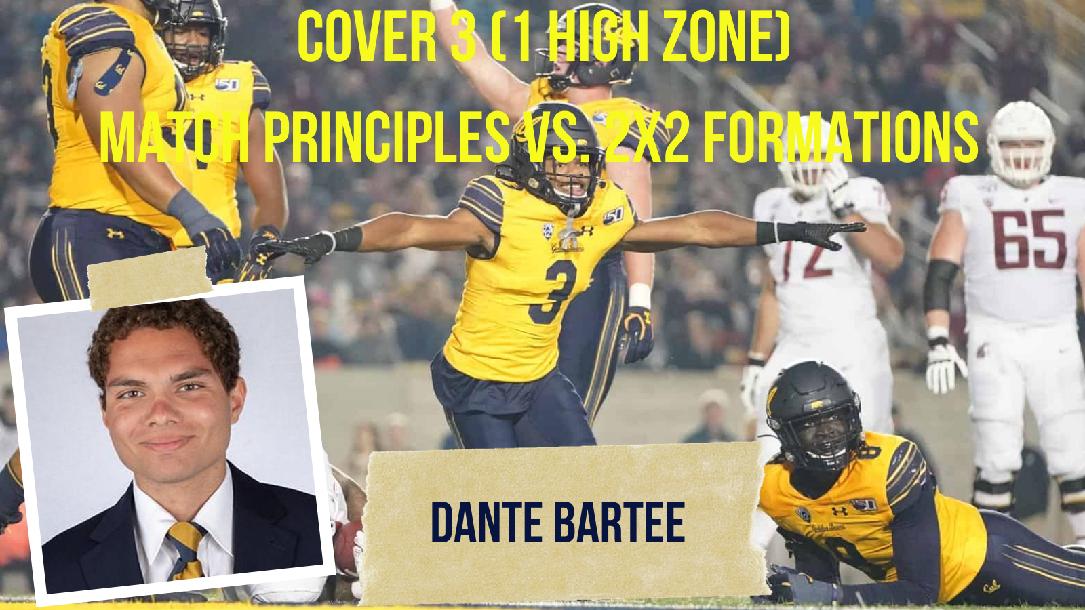 This course is a continuation of Coach Bartee's first offering that detailed position maintance and dividers in 1 High Middle of Field (M.O.F.) Closed Coverage.

This course goes deeper into the scheme by detailing Match Principles that allows a defense to play cover 3 and 6 and 1 High Match vs. 2x2 Offensive sets.

This course is packed with Coach Bartee teaching the scheme on both the white board and thrugh game film.

- Position Maintance vs. inside and outside releases (For Corners, Safties, and L.B.'s playing the slot receiver)

- Principles of Cover 3 and Cover 6

- Understanding the proper teaching terms for Cover 3 and Cover 6

- Understanding all the Checks for Cover 3 and Cover 6

- Teaching and understanding all responsibilities in Cover 3 and Cover 6

Really great stuff! Coach Bartee breaks down in detail how to cover all 3 levels and offense tries to make you cover. The under coverage technique is also superior and less common techniques and is explained in great detail.

Awesome! If you are going to run 1 high zone match, you have to buy this video.

Dante is the next great defensive mind of the current generation.

Outstanding video by Coach Bartee. I am impressed with his knowledge and expertise on Rip/Liz. He answered many of the questions I have searched for over the years. Awesome!!

Great job! If you are interested in zone match middle of the field, keep an eye on coach Bartee courses.