Creating a One Word Play Concept 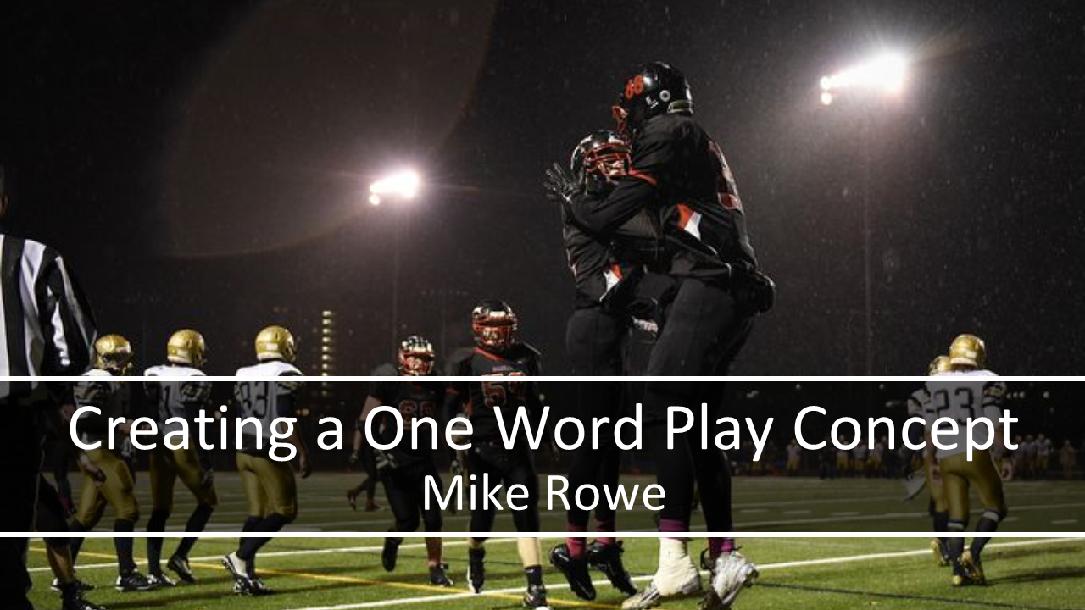 Creating a One Word Play Concept is a course that will show coaches how to play faster and score more points. By taking your best formation and plays you will be able to structure your offense, so defenses won't know how to defend you.

For the past seven years Mike Rowe has been an active member of the ROCORI School District, working as a third grade teacher and head coach of the Spartans Football program. Under Coach Rowe ROCORI high school has won two conference titles, four section championships, and appeared in the state playoff in 2011, 2014, 2015, 2106, and 2017. In 2011 the Spartans won their first ever State Football Championship. Coach Rowe has been an advocate for developing character in his athletes and in 2014 the NFL featured him in a video that aimed to stop domestic violence and dating violence. Prior to taking over the Spartans Football program Mike Rowe was coaching college football at Central Lakes College, Minot State, and St. Cloud State. Mike has been involved in the NFL High School Player Development Camps the last three years and is married to wife Elisabeth, with whom he has three children Avery, Ainsley, and Grayson.

Coach Rowe has also partnered with Coaches-Clinic.com to make both his Team Building the Spartan Way Program, as well as his Spartan Spread System available to other coaches.

Love the course. Easy to follow and can't wait to use it next year.

the play examples are good b I wish he gave actual name examples.

Coach Rowe knows his stuff and openly shares. You will not be disappointed with any of his course material.

Good stuff. Simple concepts that can easily be added to your spread offense!

Really useful information on how to create a one word play concept. Using multiple plays for one play.

NEW!
Constructing an Up Tempo Practice for a No-Huddle Spread Offense by PSFCA
Views: 449
$19.99

You just booked "Creating a One Word Play Concept"