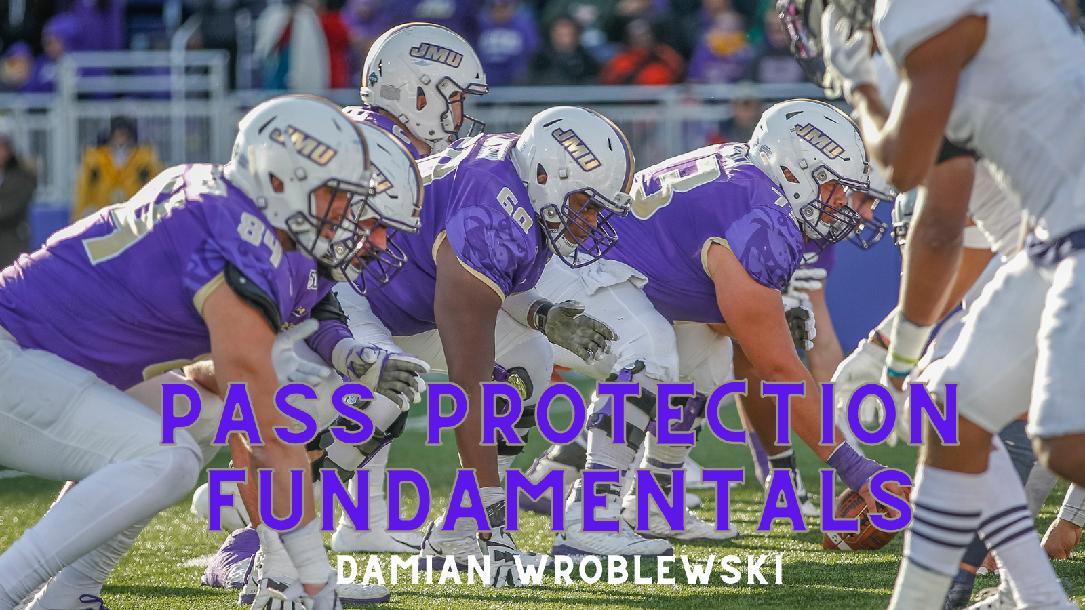 Coach Damian Wroblewski talks about the fundamental drills he uses to teach and work on pass protection. He also tells us about different variations that can be used for each drill.

Under Wroblewski, the offensive line helped JMU rank third nationally in scoring. The Dukes led the FCS in completion percentage while also ranking second on third down. The Dukes also led the CAA in total offensive touchdowns, rushing touchdowns and yards per pass.

Wroblewski went to Elon following the two seasons as the offensive line coach at Rutgers., In 2012, rutgers allowed just eight sacks all year, ranking eighth in the FBS. Rutgers claimed a share of the Big East Conference Championship and earned a trip to the Russell Sports Bowl. During his two seasons at Piscataway, Damian coached three linemen to All-Conference accolades.