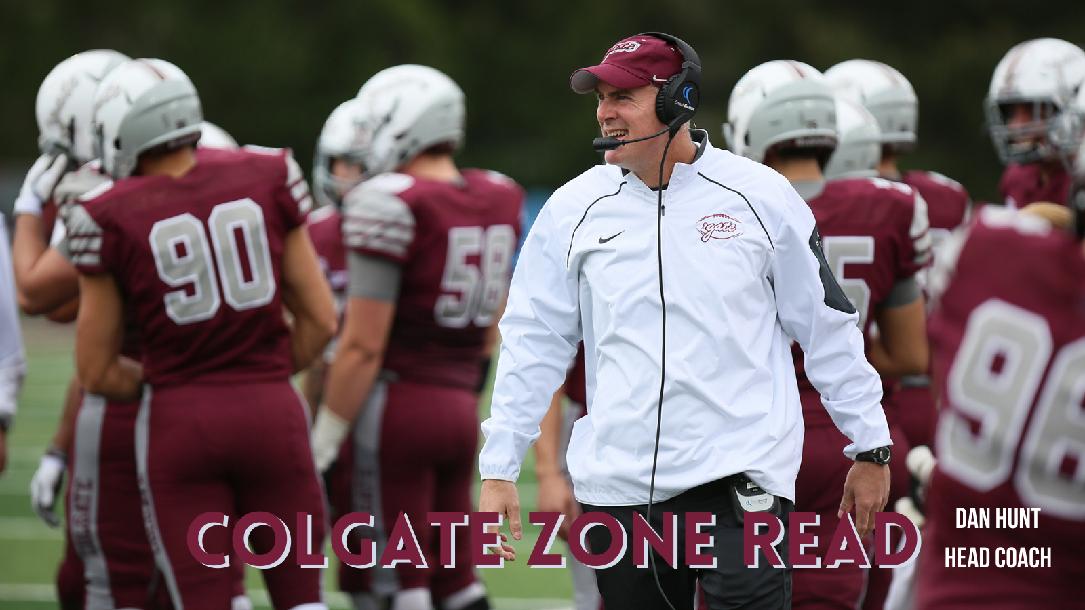 Techniques and drills of the zone read

What is a Zone Read?

Chip Kelly said it best, “Zone-read is where the quarterback is reading the defensive end whether to give the ball or keep the ball. Zone-read-option would be ``you read the defensive end and now you're going to another phase and there's a pitch back for you”.

A quarterback and tailback are used in this option offense. In the process of receiving the snap, the two players cross paths and the quarterback makes a decision based on reading the defensive team's reaction to the snap.

Many teams have had much success running the zone read. Simply by the practice of fundamental techniques and incorporation of drills such as the ride & decide and Mesh drill can highly elevate your offense. A clear understanding of gap reads can also impact the zone read.

What is a gap read?

Learning how to run the zone read and do it effectively can be challenging, that's why it's important to learn from the best. Introducing Dan Hunt,

Colgate's Coach Dan Hunt reveals the multiple factors of Colgate’s Zone read, the different variations of gap reads as well as the techniques and drills he uses to perfect it. He covers everything you need to run the zone read successfully.

Simply click the ‘Book This Course’ button at the top right of this page, place your order, and you’ll immediately be logged into the training with full access. You’ll hit the ground running and begin improving your run game today!

Dan Hunt at the top of the Patriot League coaching ladder has a nice ring to it. In five short seasons, Hunt not only has become the league’s marquee sideline general but he also now stands as the dean of Patriot League coaches. More impressively, three of the last four seasons at Colgate have ended with championship trophies residing in Hamilton.
The 2018 campaign was one for the history books:

Hunt already is mentioned in the company of Colgate coaching legends. He holds the endowed coaching position of the Fred ’50 and Marilyn Dunlap Head Football Coach and he just won his third Patriot League Coach of the Year Award, an award recently named for one of his mentors, Coach Dick Biddle. Colgate wrapped up its 10th Patriot League title with a 41-0 whitewash at Fordham and its sixth perfect record in conference with a 48-6 triumph at Lehigh. The Raiders outscored their 2018 Patriot League competition 223-26, or by an average of 37-4, and they carry an 11-game conference winning streak into 2019. Hunt is now 24-6 against the Patriot League.

Running Inside Zone in The NZone Spread Offense by Nzone Football
Views: 6111
(2) $20