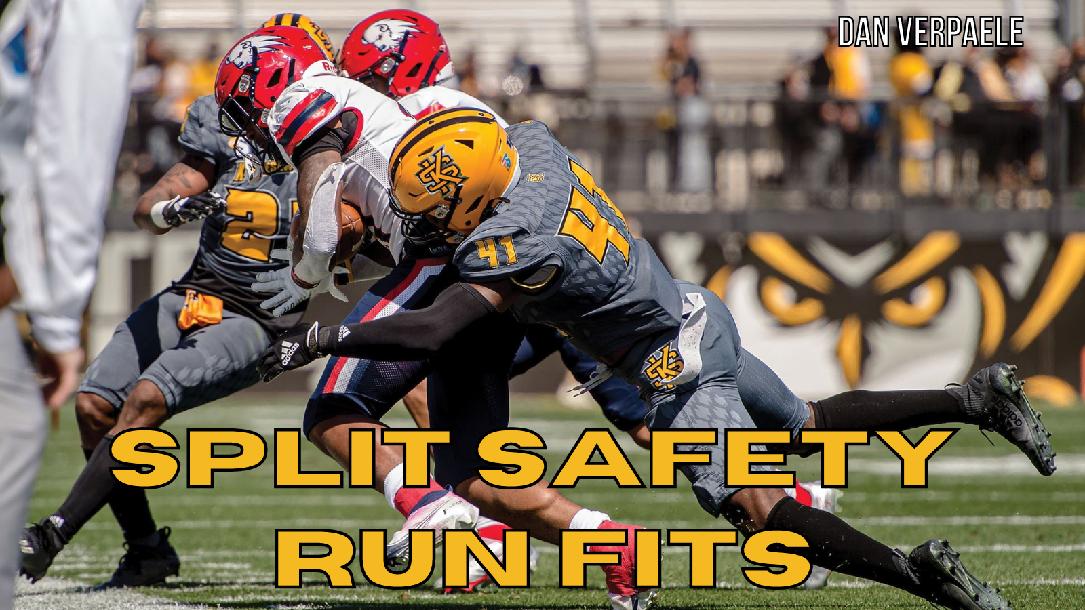 In this course, Defensive Coordinator/Safeties Coach Dan Verpaele of Kennesaw State goes in depth on the coverages, schemes, and reads he instills in his safeties.

Danny Verpaele enters his second season with the program and his first year as the defensive coordinator in 2020, overseeing the safeties.

In his first year with Kennesaw State, the defense finished the season with the No. 3 total defense in the nation, while also ranking in the Top-25 in the country in a slew of other categories, including rushing defense (5th), fumble recoveries (15th), third down defense (18th) and passing yards allowed (22nd).

With Verpaele's guidance, safety Cincere Mason racked up 42 tackles and an interception, while safety Demetrius Pettway finished with 36 stops and two interceptions. He also coached Bryson Armstrong, who ended the 2019 season as a unanimous All-American, while collecting the Big South Defensive Player of the Year award.

Since arriving at Kennesaw State, he has been responsible for the kick-off cover unit, which ranked first in the Big South in 2019.

A coaching veteran, Verpaele came to Kennesaw State following three seasons as defensive coordinator/linebackers’ coach at Valdosta State. Under his defensive leadership, the Blazers captured the 2018 NCAA Division II National Championship with a perfect 14-0 mark for the first time in program history.