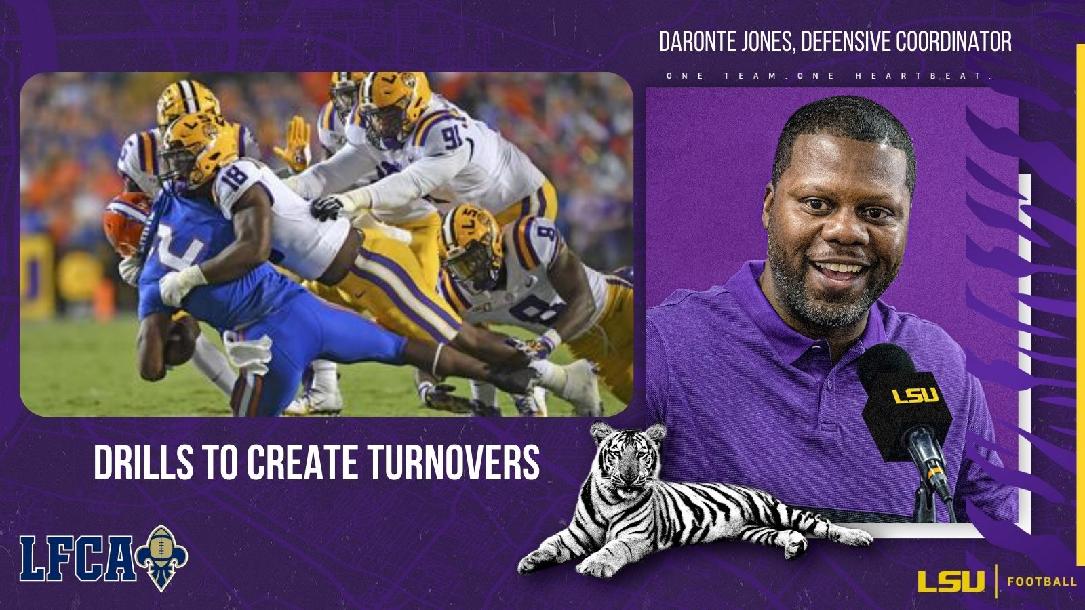 Do you want your defense to create more turnovers? Then you've come to the right place! In this course, Daronte Jones teaches LSU's circuit drills they use to create turnovers and havoc for the ball carriers. He uses video to show how they do the drills, then backs them up with game footage to show them in live play. You do not want to miss out on this course!

Daronte Jones was named the LSU Defensive Coordinator in January of 2021. He served as the Defensive Backs Coach for the Minnesota Vikings for the last five years.

Great information presented in a clear, concise manner with video clips showing exactly what the drills intend in practice.