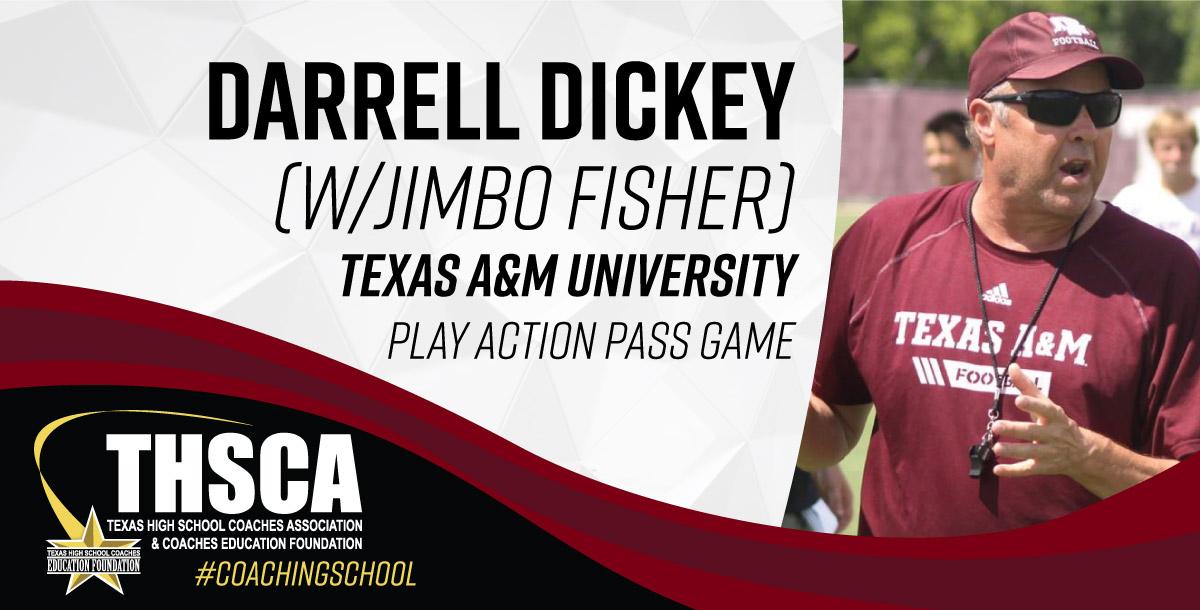 Darrell Dickey begins his fifth season as head coach Jimbo Fisher’s offensive coordinator and quarterbacks coach at Texas A&M. In addition to being a top quarterback coach, Dickey has done an exceptional job on the recruiting trail helping Texas A&M reel in outstanding recruiting classes. Dickey is a former head coach at North Texas and has been a longtime signal caller as an offensive coordinator in prolific offenses at Texas A&M, Memphis, Texas State, New Mexico, Utah State, SMU and UTEP. Dickey got his start in coaching as a graduate assistant at Texas A&M under head coach Jackie Sherrill in 1985. Dickey also coached at Mississippi State and LSU. The son of K-State football coach Jim Dickey, Darrell played quarterback for his dad, and helped lead the Wildcats to their first bowl game in 1982.