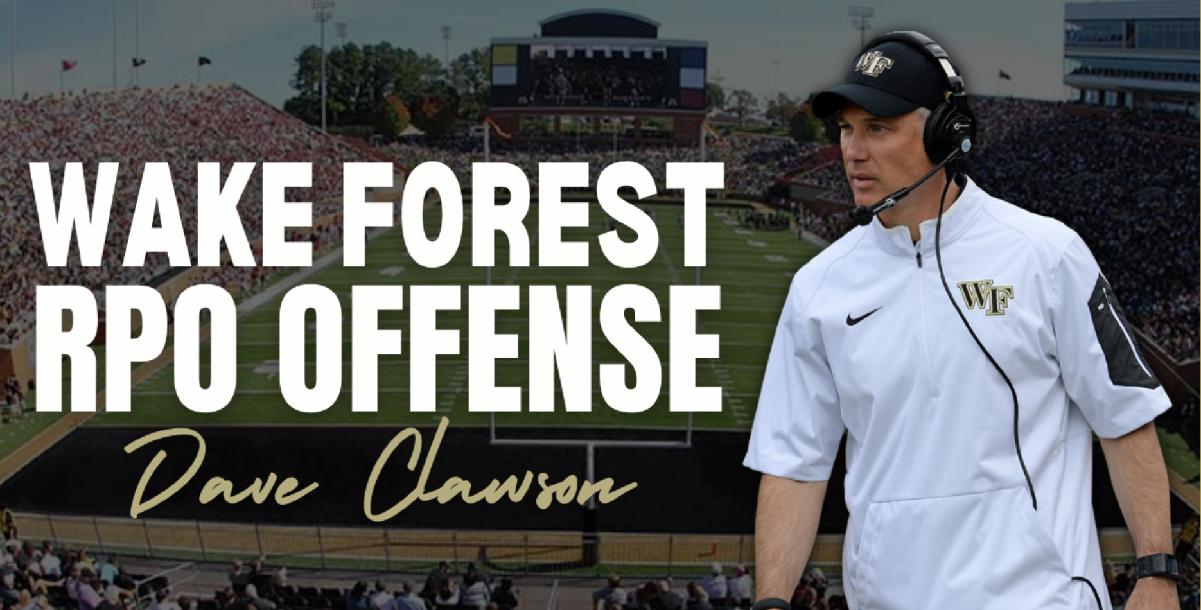 Wake Forest Head Coach Dave Clawson breaks down the Demon Deacons RPO game. Wake Forest has seen a great deal of success in large part to Coach Clawson's innovative RPO game in the ACC. In this course, he covers all aspects of the Wake Forest Offense and coaches you on how to use the RPO to be effective in your own game. This course includes topics such as run vs. light box, development of the RPO system, read contain, qb blocks, and much more. Simply click “Book this Course” to start learning how Wake Forest uses their RPO system and start implementing this philosophy into your offense.