Dave Cohen - Movements and Stunts to Stop The Run 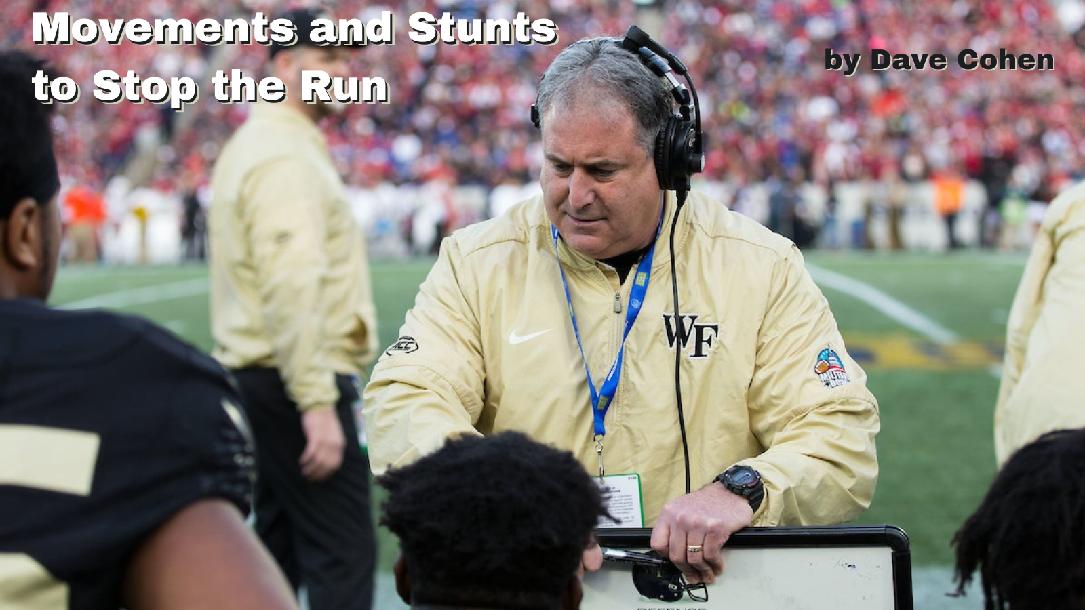 Coach Dave Cohen talks to us about his base concepts and how he approaches the modern offense by implementing different defensive techniques. Everything you need to stop the run.

Coach Dave Cohen is the head of the defensive line and assistant head coach of defense duties for Wake Forest. He has an impressive thirty year coaching experinece. He has coached an All-ACC defender in each of the past five seasons and in six of his seven seasons at Wake Forest. Since joining the Wake Forest staff prior to the 2014 season, Cohen has made an impact on the Demon Deacon front four. Each season since he has arrived on campus at least one defensive lineman has earned All-ACC honors. Cohen has also proven to put plenty of talent in the NFL, producing at least one pro player at four different stops including Wake Forest. Cohen has also spent time teaching the linebacker position. While at Rutgers, he helped tutor one of the most accomplished players in Scarlet Knights’ history in Kasheem Green. The 2012 Big East Defensive Player of the Year. He also has a history as a play caller earning the NCAA I-AA Defensive Coordinator of the Year by American Football Monthly magazine