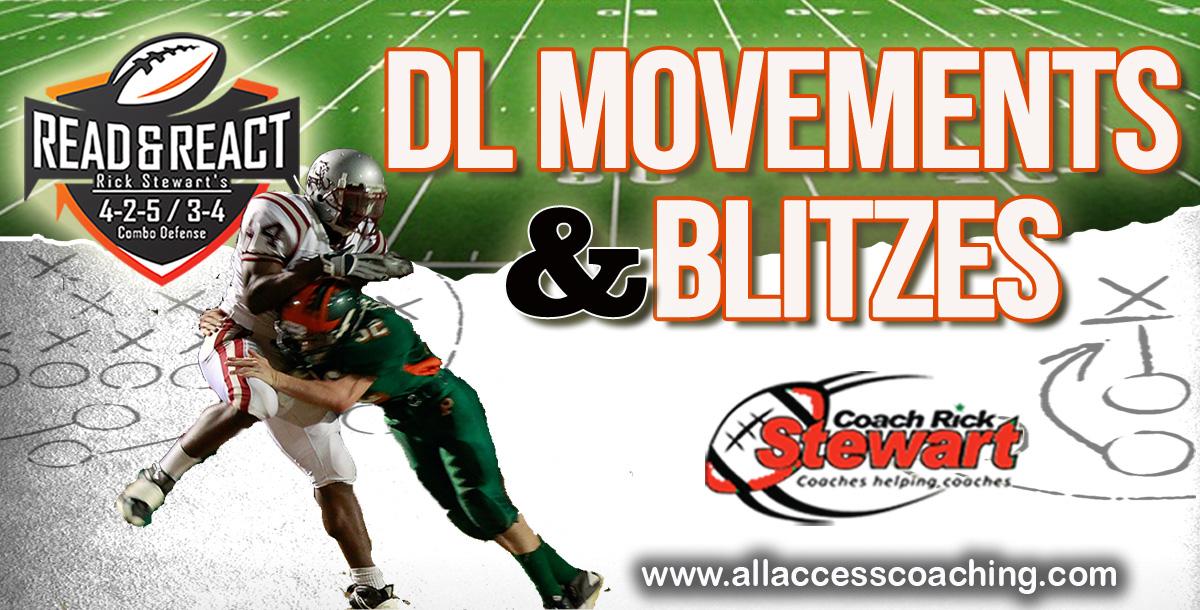 This is CHAPTER 4 of the Complete, 300-page playbook

DISCLAIMER:  This is not a downloadable product.

The BASE defense has headup D-Line in 6-4-0-4 techniques.  The two D-Tackles step weak as soon as ball is snapped, putting them in the same position as traditional 1 and 3-techniques once the ball is snapped.  The philosophy is that head up defenders create more confusion for the blockers since they can slant into either gap.  The 0-tech alignment makes for an easy transition from 4 man to 3 man front.  The uncovered guards give very clean run/pass reads to the defense.

--> Does your defense have the ability to move all 4 players, just 2 players, or just 1 player?  Flexibility with Simplicity.

--> Can you move just one D-Lineman with easy calls?  The READ & REACT can put 3 DL headup, but shade just one man.  Or shade two, with the other two headup.  Or move all 4.

--> See how to blitz without having coverages to match.  The DIVORCED CONCEPT makes coverage calls completely independent of the blitz call.

--> 1, 2, and 3 Linebacker blitzes.  Checks are explained when certain blitz calls are bad versus certain formations.

How To Install an Option Attack Using Multiple Formations by Jerry Campbell
Views: 7464
$22.95