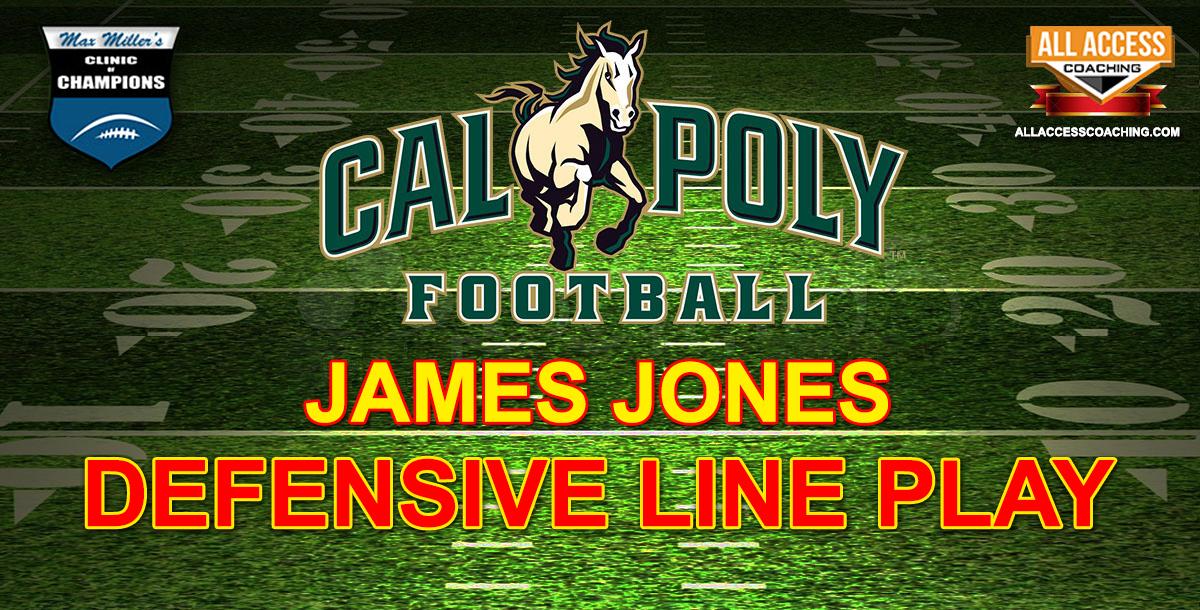 Learn from a 22 year college coach D1 and D2

This entire video is practice and game film.  No clinic talk.  No powerpoints.

How do you evaluate FLEXIBILITY in order to EXPLODE?

How Should Your Strike and Arm Length Look?   How fast should your players  lock out?

What Does "Fast Hand Speed" Look Like?  Where is the target focus on eyes and hands?

8 minutes of DL drills on sled out of 4pt stance

Every Football Coach Knows the Importance of the 1st step.  This 22-year veteran coach shows you examples of good and bad.

Do You Know WHEN to use Single Hand vs Double Hand Strike?

After Coach Jones shows you proper Step & Strike, how do they SHED THE BLOCK?

See how Coach Jones teaches the SNATCH TECHNIQUE to get to their Gap technique.

Why and When should your DL stunt, slant, or exchange?  Don't just make these calls, have a reason.

James Jones III, associate head coach and defensive coordinator at Northern Colorado the last two seasons and who has coached at the college level for over two decades, joined the Mustang coaching staff in April 2018. He coaches the defensive line.

Jones was defensive line coach at San Jose State from 2013-15 and was special teams coordinator at Northern Colorado for the 2011-12 season. At San Jose State, he coached Travis Raciti (Eagles, Vikings, Broncos) and Isaha Irving (Bears).

Besides coaching defensive linemen, he was assistant head coach and defensive coordinator at Prairie View A&M in Texas.

Jones received a bachelor’s degree in biology from Texas Southern in 1998 and completed a master’s degree in education at Wagner in 2002. He has completed National Football League coaching internships with the Tampa Bay Buccaneers in 2005 and the Seattle Seahawks in 2010.

Jones and his wife, Shondrela, have two sons, James IV (who plays football at Air Force) and Weslyn, and a daughter, Jzunie.