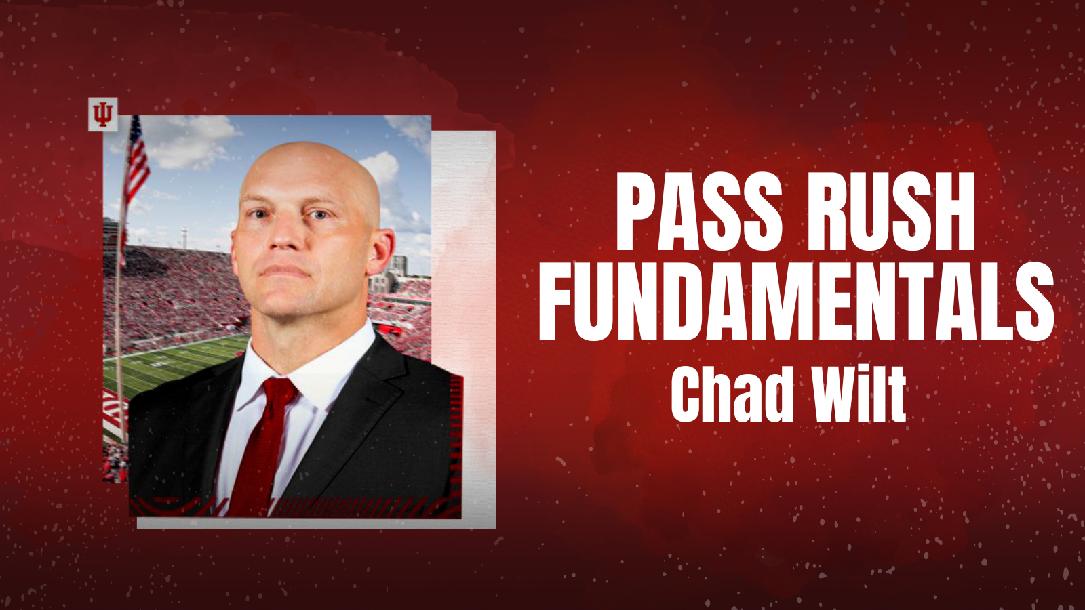 Pass rushing is an artform. Not everyone can do it, let alone do it effectively. As a pass rusher, your ability to win one-on-one situations and put pressure on your quarterback is one of the most important aspects of your game.

Pass rushers are typically smaller than offensive linemen, so going head to head with them places the defender in a precarious situation. However, pass rushers are often more athletic, and they rely on rapid acceleration, agility, and quickness to win reps.

Rushing the passer successfully requires players to incorporate basic fundamentals like getting off the line, flipping their hips, and finishing at the quarterback.

Learning the ability to attack the offensive lineman in front of you is key. Exploding from the first step, forcing your offensive lineman to his heels, being flexible and mobile with speed, understanding when to throw your move, and being determined at point of attack are all areas to focus on when developing your game. In order for pass rushers to win, they must consider the technical aspects, such as maximizing leverage, positioning their feet, and using their arms efficiently.

Coach Chad Wilt has spent the last two decades teaching the defensive line and fundamentals with much success. He makes his knowledge accessible for the first time.

Coach Chad Wilt breaks down the 5 different components to the pass rush. Includes fundamentals, moves and drills to work on. Focusing on improving the pass rushing craft. He covers a variety of techniques involving moves, counter moves, twists, and answers questions that can help create a better pass rusher.

Simply click the ‘Book This Course’ button at the top right of this page, place your order, and you’ll immediately be logged into the training with full access. You’ll hit the ground running and begin improving your pass rush today!

During his lone year at Cincinnati, Wilt was part of a defensive staff which led the American Athletic Conference in total defense. The Bearcats posted 96 tackles for loss and 31 sacks on the season, as Cincinnati won 11 games for only the fourth time in school history. Cincinnati allowed only 138.6 rushing yards per game and yielded only 15 rushing touchdowns in 14 games. The Bearcats, which allowed only 20.6 points per game, earned the American Athletic Conference East Division title, won the TicketSmarter Birmingham Bowl and ended the season ranked No. 21 in the AP poll.