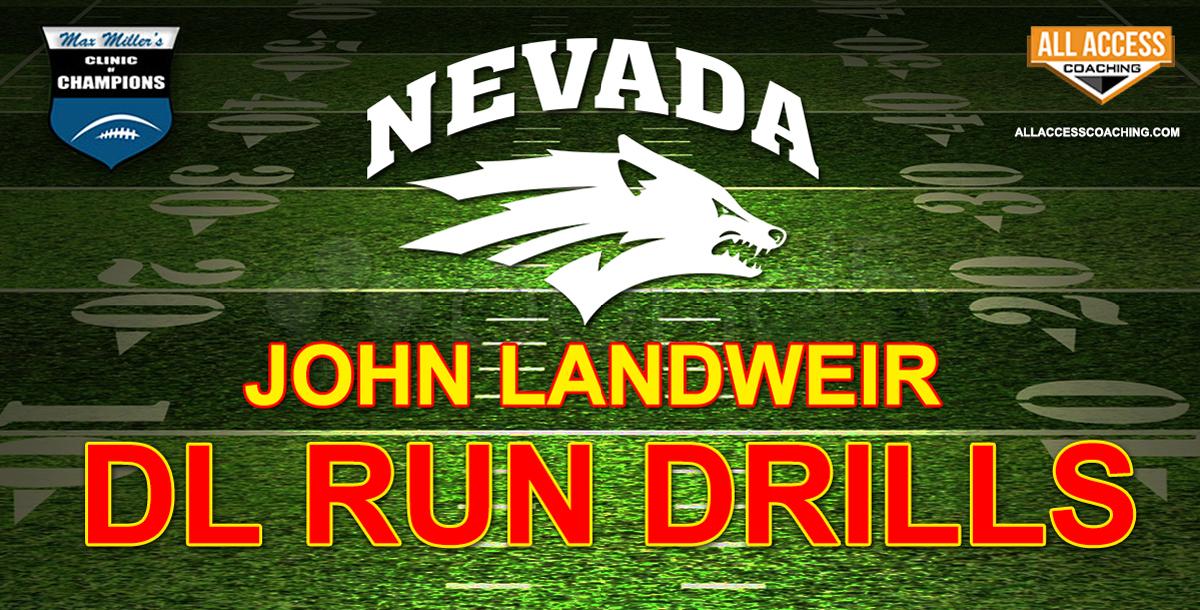 Do you learn by seeing,  not by hearing? This is the video for you!

Need more DRILLS to run with your Defensive Line?

-->Assistant Coach Landweir explains the Defensive line extremely well, by showing you good and bad examples, and lots of game/practice film, and not a whole lot of boring clinic talk.

Want to teach your players how to have fast hands? How to properly throw their hips? To Release and make the Tackle? and see film of the drills from the Wolf Pack Practice? Landweir offers all of this and more!

All this while still giving information of Schemes, Background, and Influences that the Wolf Pack have in their program..

Coach Landweir is an excellent speaker from which you will learn from without a doubt.

if you are a coach who is ready to learn, GET THIS COURSE.  Nothing but practice and game video.

John Landweir enters his fourth season on the University of Nevada’s coaching staff and his third season as the Wolf Pack’s defensive graduate assistant.

A native of Sacramento, Calif., Landweir served as Nevada’s defensive quality control coach in 2015 with a focus on the defensive line. Landweir assisted in all practices, games and meetings. His responsibilities included video analysis, practice preparation and game planning during the week, and coaching in the press box on game day. The Pack’s defensive line was one of the team’s strengths in 2015, as Ian Seau earned first team All-Mountain West honors and Lenny Jones earned second team All-MW honors.

Prior to arriving in Reno, Landwehr was an offensive graduate assistant coach at Marshall in 2014. Landweir focused on the offensive line, assisting offensive line coach Alex Mirabal in practice and in games. Landweir helped the Thundering Herd post a 13-1 overall record in 2014, winning the school’s first C-USA title and winning the Boca Raton Bowl, 52-23, against Northern Illinois. Two offensive linemen earned first team All-C-USA honors on the season.

Prior to his Division I experience, Landweir coached at Santa Monica College as an offensive line coach and video coordinator from 2012-14. Landweir helped lead SMC to consecutive American Pacific Conference championships, while the Corsairs led the league in scoring, total yards and rushing in back-to-back seasons.

Landweir also boasts NFL experience, serving as a football operations intern and team manager for the Seattle Seahawks after graduation.

Landweir received a bachelor’s degree in secondary education at the University of Arizona in 2011. While in college, he also served as an equipment manager and intern for the Wildcats’ football team.