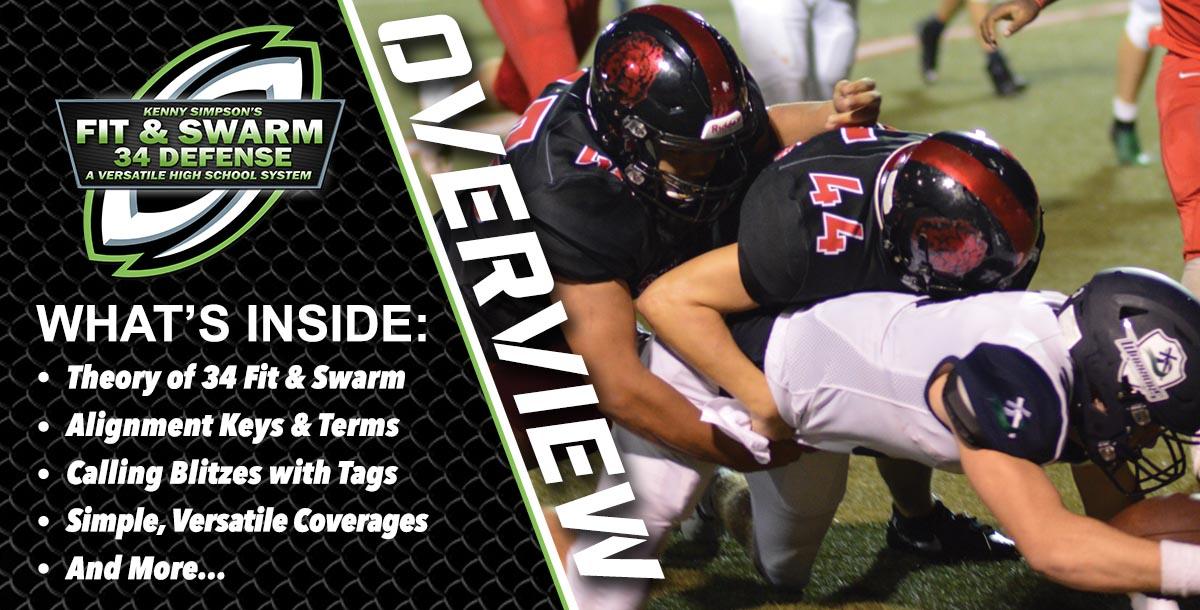 This is NOT DOWNLOADABLE - if you would like a physical copy go to FBcoachsimpson.com/downloads -

This is the overview of Coach Simpson's 34 system and it's first book.

Coach Simpson is currently the Head Football Coach Searcy High School, the a 6A school in Arkansas. He accepted the job at Searcy in June of 2020. Before Searcy, he was the Head Football Coach at Southside Charter. Taking over a program that had won eight games in five seasons and had been on a 20+ game losing streak, Simpson has led Southside to the playoffs for four-consecutive seasons and won two conference titles in the past three seasons. For his efforts, he was named 4A-2 Conference Coach of the Year (2017), named to the as a finalist for Hooten's Coach of the Year (2017) and has been the All-Star Nominee for the 4A-2 (2016 and 2019). He was also selected to coach in the 1st FCA Texas-Arkansas All-Star Showdown (2020).

Coach Simpson wrote his first book in 2019. He has since released 6 other books. Find A Way: What I Wish I'd Known When I Became A Head Football Coach, has already been a best seller on Amazon in several categories and Coaching Football Like A Basketball Coach was also a best seller.