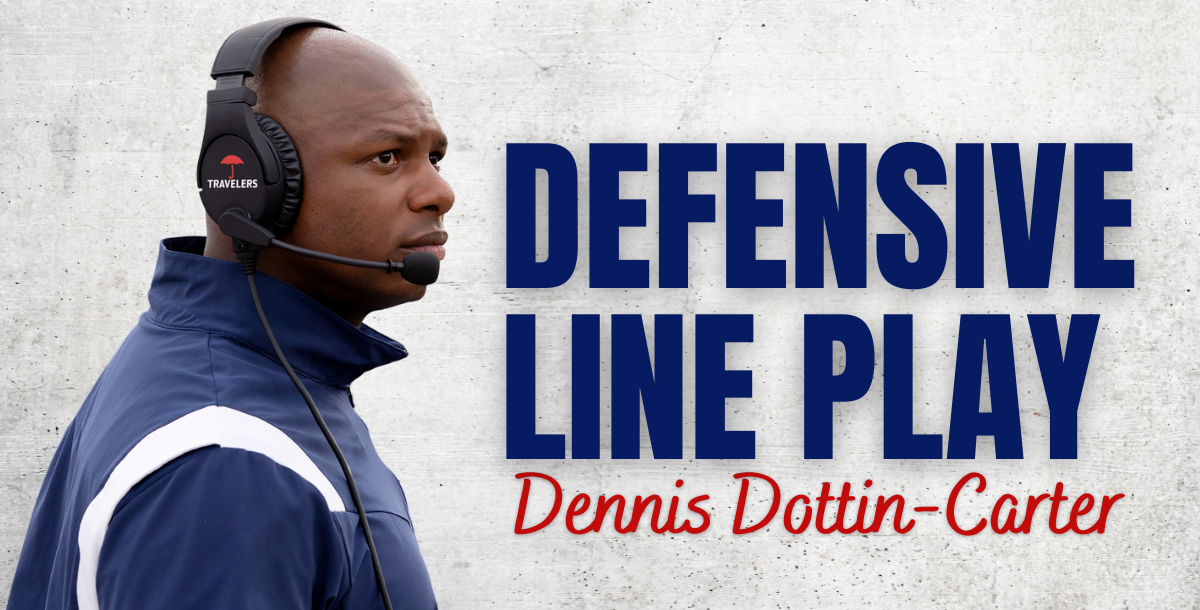 Yale Defensive line coach Dennis Dottin-Carter breaks down his team's defensive line play and philosophies. This course is full of details on topics that include run game prep and fronts, strike progressions, handling double teams. MOB stunts, modified fronts, and much more.  Coach Dottin-Carter gives you an inside look on how he prepares his defensive line for game day, and gives you the exact concepts and fundamentals you need your team to work on. Simply click “Book this Course” now to start learning how Yale operates on the defensive side of the line and start getting your team prepared to dominate an offense.

Dennis Dottin-Carter is the assistant head coach, co-defensive coordinator, and defensive line coach for Yale University. He began his coaching career at his alma mater Maine, where he had stints from 2008-2012 as the tight ends, fullbacks, running backs, defensive line, and special teams coach. From 2013-2016 he moved on to Delaware where he coached defensive line, was promoted to co-defensive coordinator, and eventually interim head coach. From 2017 to 2021 coach Dottin-Carter was at Connecticut as the d-line coach before taking his current position at Yale.