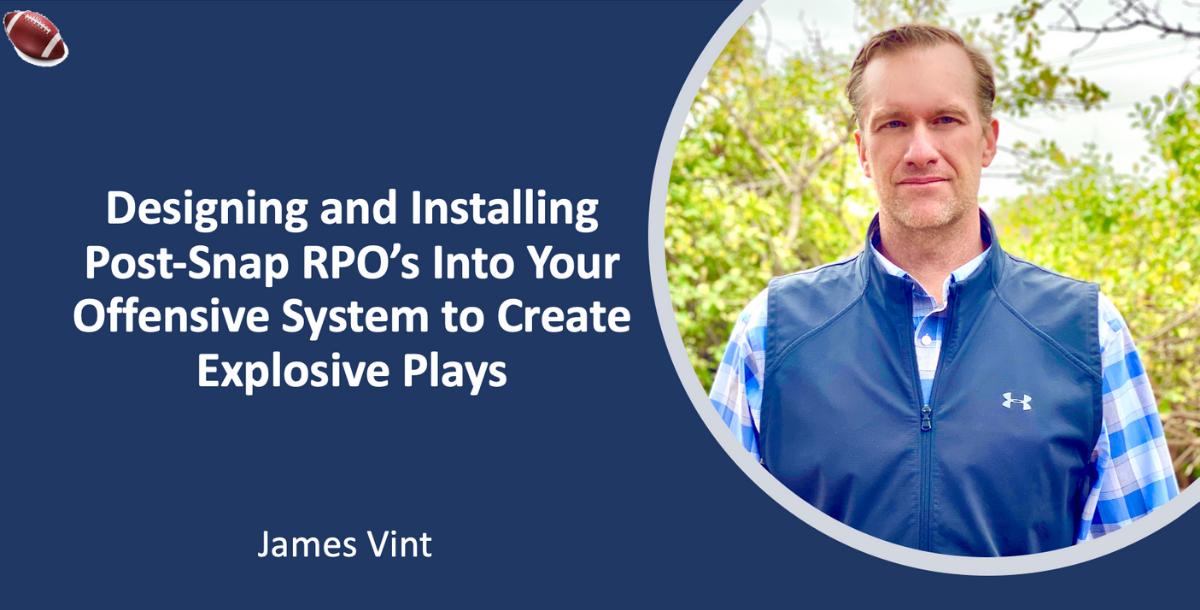 If you want to put defenses in a bind, create more explosive plays, and score more points than you ever have, you need this course.  Coach Vint is on the forefront of development of Post Snap RPO's, and this video will give you a systematic approach to installing post-snap run/pass reads into your existing offensive system.

This course will give you the tools you need to be able to attack defenses on any down and distance. Coach Vint breaks down the construction and teaching of Post-Snap RPO's to give you a simple system to install them into your own offense. He also introduces PRO's, where you use the run to protect a pass concept.

This video does more than give you RPO's you can use. Coach Vint teaches you how to build your own RPO's. He gives you a process to design RPO's that fit your system, your philosophy, and your personnel!

If you are looking for a course that will give you all the tools you need to build post snap RPO's into your offense, this is the course you need to get. You will gain more yards and score more points with the tools you will learn in this video!

As a defensive coordinator Vint led one of the biggest defensive turnarounds in the state. He took over a defense that gave up over 40 points a game, and posted 6 shutouts in his first season. His defense gave up just 6.8 points a game and 90 yards per game rushing. They posted 98 tackles for loss and over 40 sacks. His multiple 3-3 stack defense is being used by programs all over the country.

Vint is known as one of the top football minds in the game today, and is a recognized as one of the top clinic speakers in the country. In 2019 he was named the Assistant Coac of the Year by the Texas Tech Chapter of the National Football Foundation.

I absolutely enjoy this RPO course by Coach Vint. I look forward to future releasing from Coach Vint.

One of the best teachers of the game, period. This course is excellent. He takes you step by step through the thought process of installing and calling these. What a tremendous help.