Developing A Year Round Program 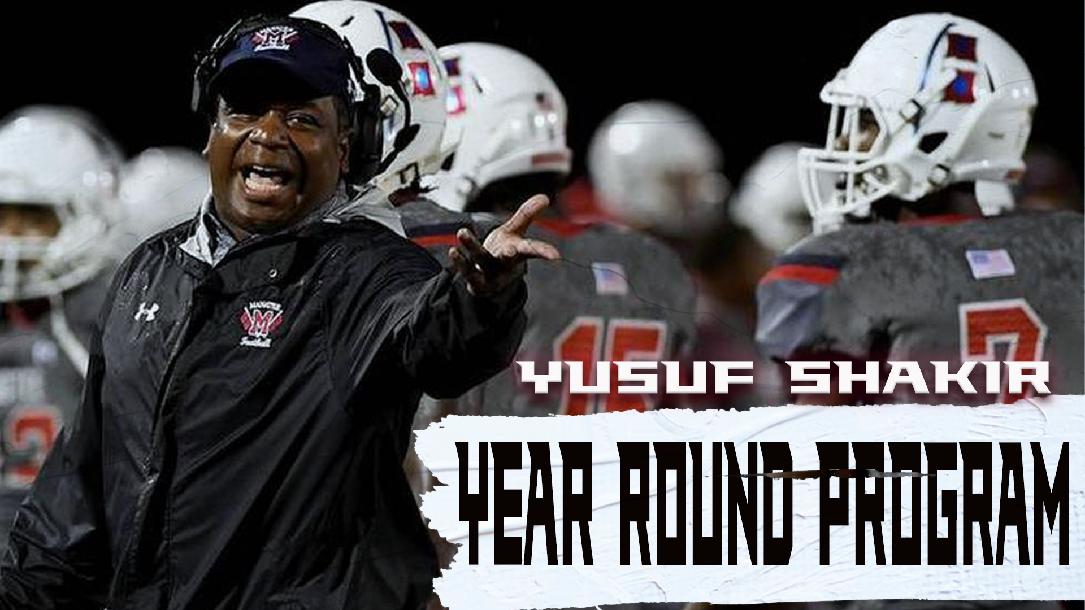 This course offers breakdown of a Yearly Program Plan overview including:

4. Overview of player and coach responsibilites

In 2017, Head Coach Yusuf Shakir took over the Manatee High School program. Manatee High School has won 5 state titles in its history and Coach Shakir is looking to add to the collection. In March 2009, Yusuf Shakir was named Head Football Coach of his alma mater and perennial state and national power Tallahassee Lincoln High School, thus becoming the first alumni of Lincoln to be named Head Football Coach. At Lincoln, Coach Shakir won 71 games and eight straight district titles. This included the Class 4A state title in 2010 and a runner-up finish in 2012 in Class 7A. Coach Shakir was also the head coach of St. Petersburg Gibbs starting in 2007, until he left two seasons later.

BEST is the Standard- Pathway to Building a Strong Culture by Jason Wilkes
Views: 958
$4.99

You just booked "Developing A Year Round Program"