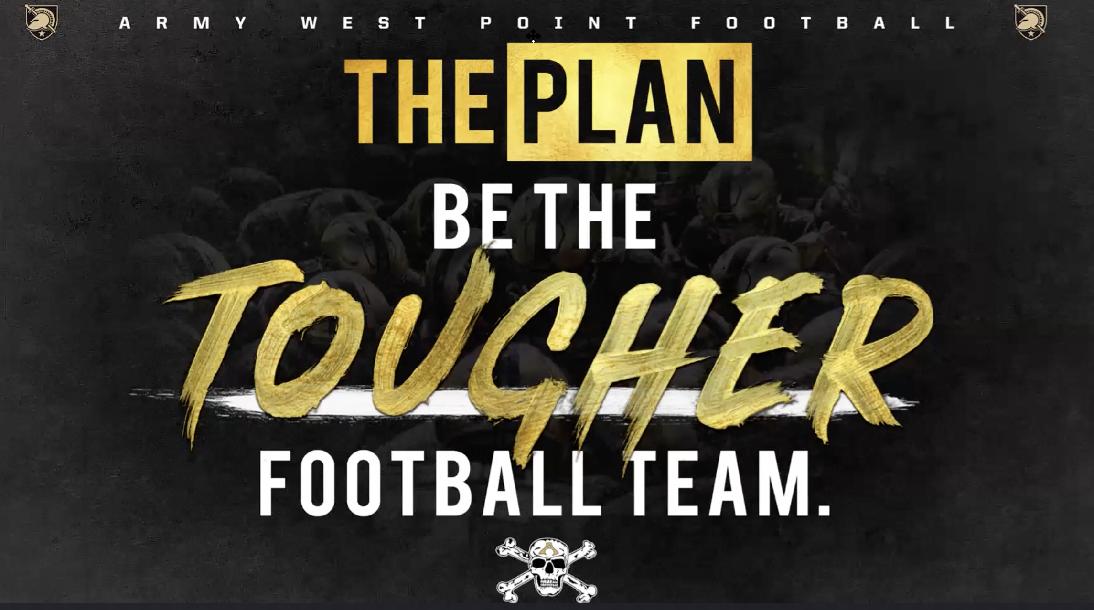 Army Head Coach, Jeff Monken, teaches program development and team culture including "The Plan" and "The 7 Commandments of Army Football."

Jeff Monken heads into his seventh season at the helm of Army West Point football in 2020 after being named the 37th individual head coach in program history on Dec. 24, 2013. Monken shows a 76-52 career record as a head coach and a 40-36 mark at Army.

The 2019 season featured five wins for the Black Knights which was ranked amongst the best in the nation once again. Since the start of the 2016 season, Army is averaging a nation’s best 327.8 yards per game on the ground. The Blacks Knights own the best third-down conversion rate dating back to the 2010 season, converting 813-of-1,711 third downs (47.5 percent).In 2018 Monken led the Cadets to a historic year as his squad became nationally ranked in early November for the first time in 22 years (1996). They remained in the Top-25 throughout the rest of the season and finished ranked No. 19 in the Associated Press Poll and No. 20 in the Amway Coaches Poll. The year was highlighted by a program-record 11 wins, marking the first time in Academy history the Black Knights registered 10-plus wins in back-to-back seasons. Army also won the Commander In Chief’s trophy in consecutive seasons for the first time in program lore, while also garnering the Lambert Trophy for the first time in 60 years. The Black Knights became the first three-time winner of the Armed Forces Bowl as well that season after they routed Houston, 70-14, on Dec. 22. The 70 points put up by Army in that contest tied an FBS record for points scored in a bowl game.