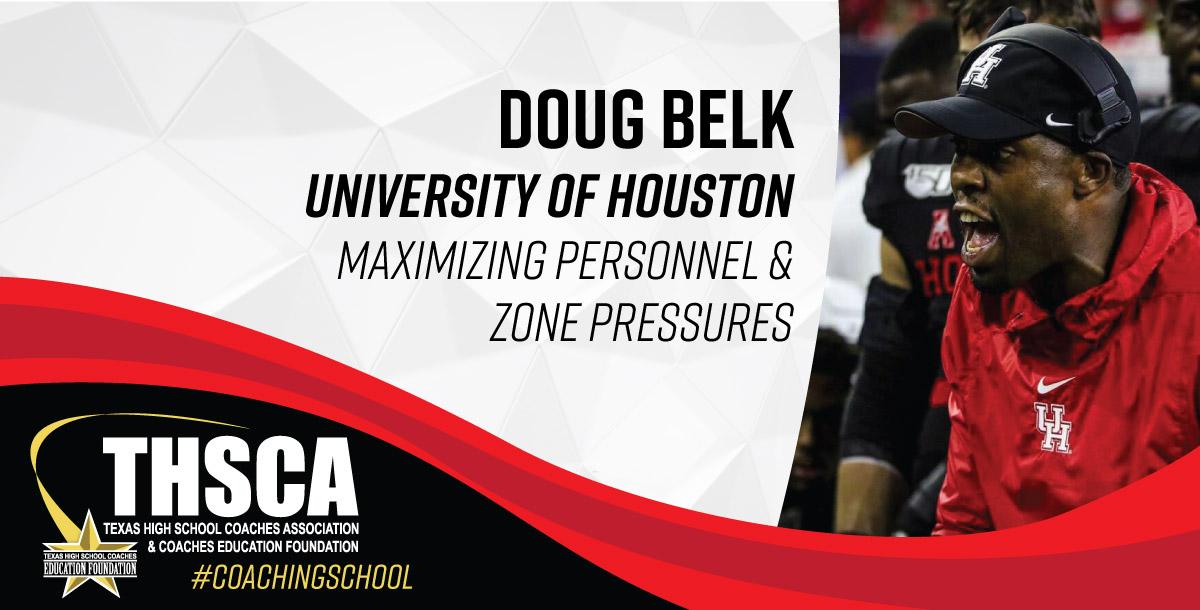 The 2022 season will be the fourth for Doug Belk at Houston after being promoted to defensive coordinator on Jan. 19, 2021, and associate head coach in January 2020. In his first season as defensive coordinator, Belk oversaw a unit that ranked 19th in points allowed per game (20.4) and sixth in total yards allowed (302.2). Belk led one of the best pass defenses in the nation, allowing only 194 yards per game through the air, ranking 18th in the nation. Houston’s 55.2 completion % allowed ranked eighth nationally. Belk’s defensive line was dubbed “Sack Ave” as the Cougars racked up 45.0 sacks, good for fifth nationally. For his efforts, Belk was recognized as a semifinalist for the Broyles Award. Belk joined Houston as the Co-Defensive Coordinator and Safeties coach at Houston on Jan. 11, 2019 after two seasons as cornerbacks coach at West Virginia.