Drew Svoboda - Fundamentals to Covering Kicks. The when, why and the how 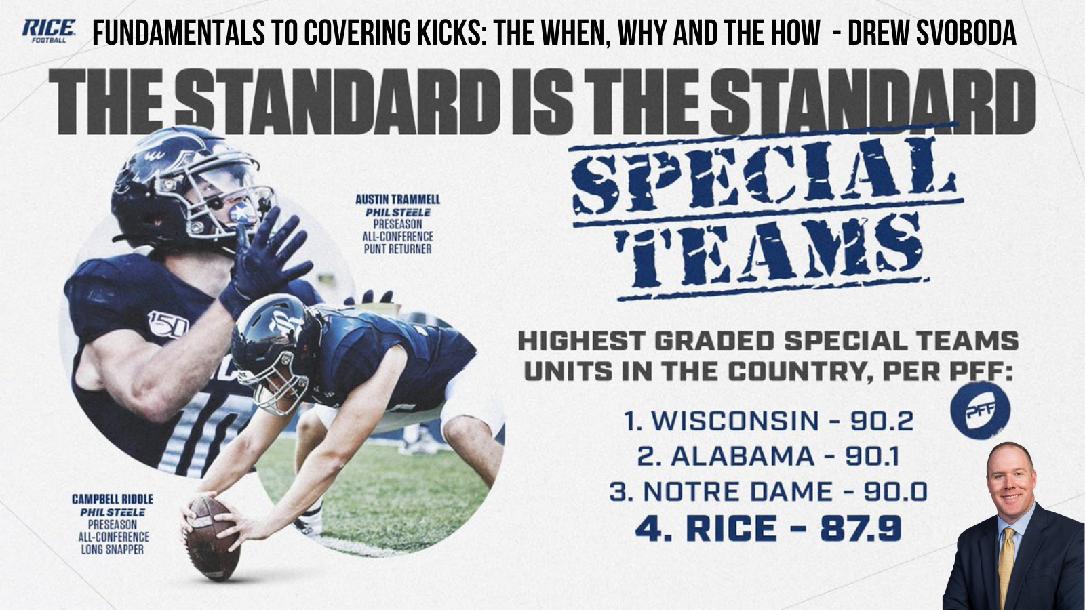 Coach Svoboda teaches the fundamentals of covering kickoffs and punts. He explains thoroughly the who, what, how. As well as different punt coverages and punt drills. This course is a must have to create a high grade special team.

Drew Svoboda is the Rice Owls' Special teams coordinator. Ranking 4th nationally in special teams grades from Pro Football Focus in 2019. Rice was second in the conference and eighteenth nationally in ESPN's Specialty teams effciency rankings. Svoboda made the jump to collegiate coaching after guiding Klein Collins High School to five district championships and eight playoff appearances. For his efforts, he earned the first of five Touchdown Club of Houston Coach of the Year finalist awards as well as five District 15 6A Coach of the Year honors and the Houston Texans NFL High School Coach of the Year honors. Svoboda was named Dave Campbell's Texas Football Preseason 6A Coach of the year.

You just booked "Drew Svoboda - Fundamentals to Covering Kicks. The when, why and the how"