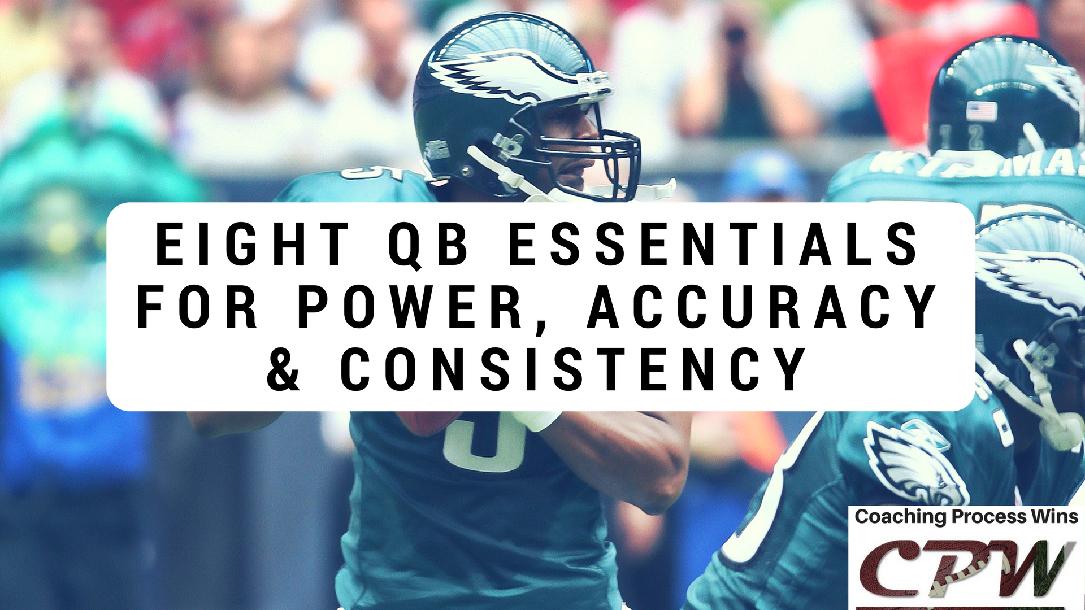 Every successul player needs a foundation of great habits to take him to the next level.

John Bond is a long-time college football coach, quarterback fundamentals expert, and currently the QB's coach at the University of Northern Iowa.

In this course, Coach Bond covers eight essentials your quarterback must master if he wants to be a consistently great player.

Complete with on-field instruction and demonstration, this course covers the essentials of great quarterback play, including:

- Delivering the ball with accuracy and efficient movement.

- Training the feet for maximum power.

Grab this blueprint for quarterback success today and book this course now!