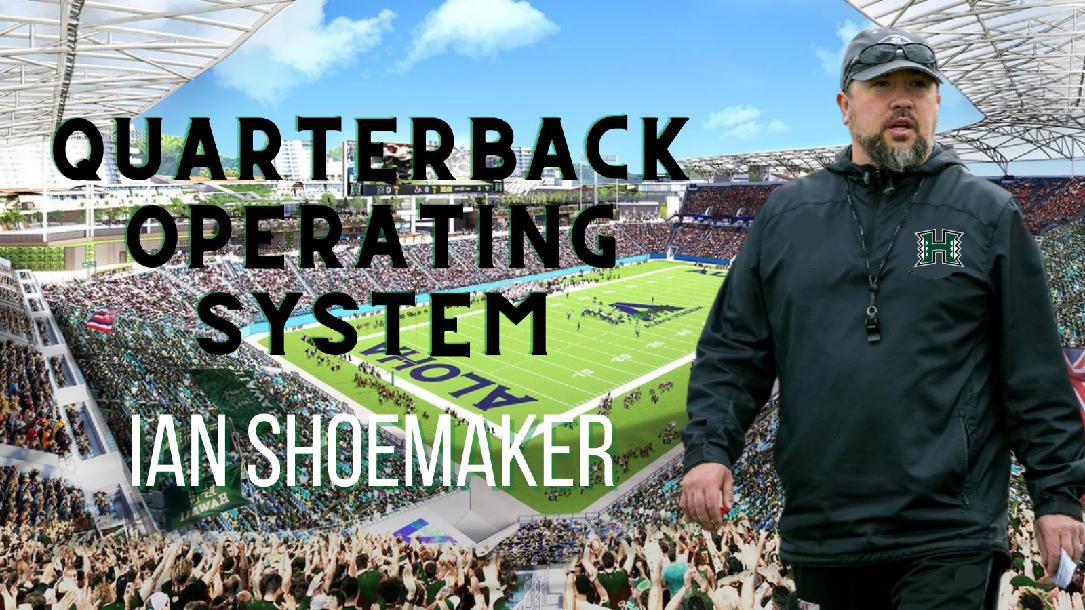 Coach Ian Shoemaker, University of Hawaii OC/QB, presents the coaching points he instills in his QB room on a daily basis. He teaches the mechanics of the throw, how to get the quarterbacks ready for practice, and which drills to run to get the most out of your quarterbacks' throwing ability.

Ian Shoemaker is the offensive coordinator at the University of Hawaii.

The former Central Washington University head coach finished his first season as offensive coordinator and quarterbacks at Eastern Washington in 2019 by helping EWU lead the nation in total offense.

The Eagles led FCS in total offense for the third time in school history with an average of 524.8 yards per game. Eastern was the only team in the division to rank in the top 24 in total offense, passing (317.1, fifth) and rushing (207.8, 19th), and were second in scoring (40.6). Eastern finished the 2019 season 7-5 overall and 6-2 in the Big Sky to finish with at least five league wins for the 13th-straight season.

He helped junior quarterback Eric Barriere earn third team All-America and third team All-Big Sky honors after setting a school record with just four interceptions in 438 attempts (.009 interceptions per attempt). Barriere finished with the seventh-most passing yards in school history with 3,712, and his 31 touchdown passes is eighth. Including 558 rushing yards, his 4,270 yards of total offense were the third-most all-time at EWU.

Exceptional. It is rare to find a comprehensive video that actually breaks down throwing mechanics.