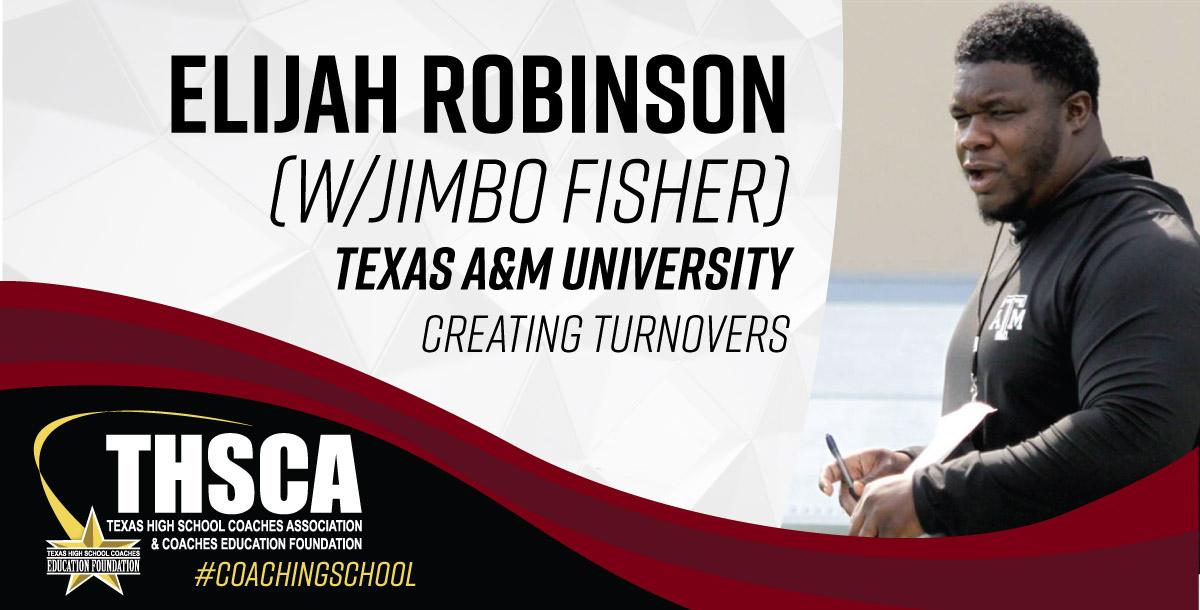 Elijah Robinson begins his fourth season in Aggieland with head coach Jimbo Fisher. He was recently promoted to assistant head coach/run game coordinator as well as coaching the defensive line. Robinson has been cited for his recruiting prowess and his development of defensive linemen. All four Aggie defensive linemen signed NFL contracts in 2022 with DeMarvin Leal from San Antonio becoming a third-round pick by the Pittsburgh Steelers and Micheal Clemons from Garland becoming a fourth-round pick of the New York Jets. The Aggie defense in 2020 led the SEC and was Top 10 in the nation in total defense as well as rushing defense. Robinson played defensive line at Penn State and remained as a graduate assistant and staff member before moving to Temple with head coach Matt Rhule and then to Baylor before coming to Aggieland in 2018 with Coach Jimbo Fisher.

Situational Football - 2nd Down, The Most Forgotten Down in Football by IHSFCA Illinois High School Football Coaches Association
Views: 1234
$19.99