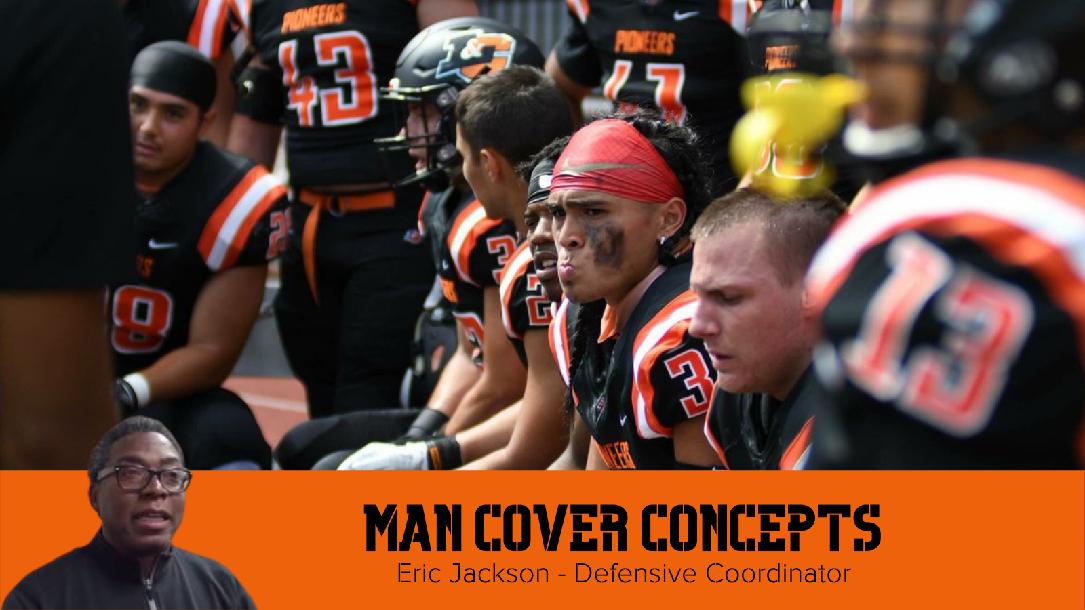 Lewis & Clark Defensive Coordinator, Eric Jackson, discusses man cover concepts and combos. He delves into the concepts used illustrating them with game film, and answering questions on how to play them effectively.

Eric Jackson joined the Lewis & Clark program as the defensive coordinator in 2014 and enters his sixth season with the Pios in 2019.Jackson has been a college coach for over 30 years. Prior to Lewis & Clark, Jackson was the defensive coordinator at Portland State, organizing one of the biggest turnarounds in FCS football.  Under Jackson, Portland State’s defense improved by leading the conference in rushing and third-down defense.  Jackson coached All-Big Sky performers DeShawn Shead, Ryan Rau, Ian Sluss and Myles Wade. Shead was a member of the 2014 Seattle Seahawks Super Bowl championship team.  Rau and Wade had stints with the Carolina Panthers and Oakland Raiders, respectively. Prior to Portland State, Jackson coached at Princeton from 2000-10, helping the Tigers to the 2006 Ivy League Championship.  There, he tutored the defensive backfield and was also the special teams coordinator.  Jackson recruited and coached several players who played professionally, including the 2013 Asa Bushnell Cup winner, Mike Catapano, now with the New York Jets, and 2014 Asa Bushnell Cup runner-up, Caraun Reid, who was drafted by the Detroit Lions in 2014.