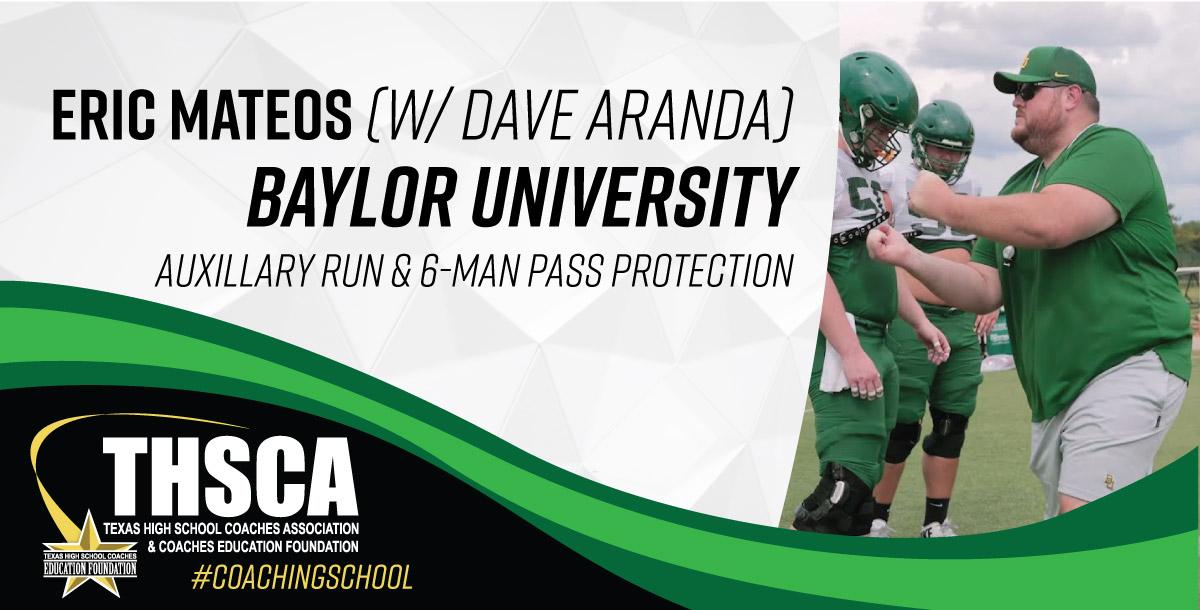 In his first season leading the Bears O-Line, his crew paved the way for the Big 12’s best rushing attack, which averaged 219.3 yards per game for the 10th-best mark nationally. The group also allowed the second-fewest sacks in the conference with just 1.29 per game, helping the unit finish as a Joe Moore Award Semifinalist as one of the best offensive lines in the country.

A native of Overland Park, Kansas, Mateos joined Baylor following two successful seasons at BYU from 2019-20. While in Provo, he molded a BYU offensive line that anchored one of the top offenses in the country in 2020. Since 2014, Mateos has coached 13 NFL players including eight draft picks. Most recently, Christensen was selected in the third round of the 2021 NFL Draft by the Carolina Panthers. Mateos spent two seasons from 2017-18 as the offensive line coach at Texas State where he had an All-Sun Belt performer each of his two years. Prior to his stint with the Bobcats, Mateos served as the tight ends coach at LSU in 2016 after starting the season as an offensive line graduate assistant under Baylor offensive coordinator Jeff Grimes.