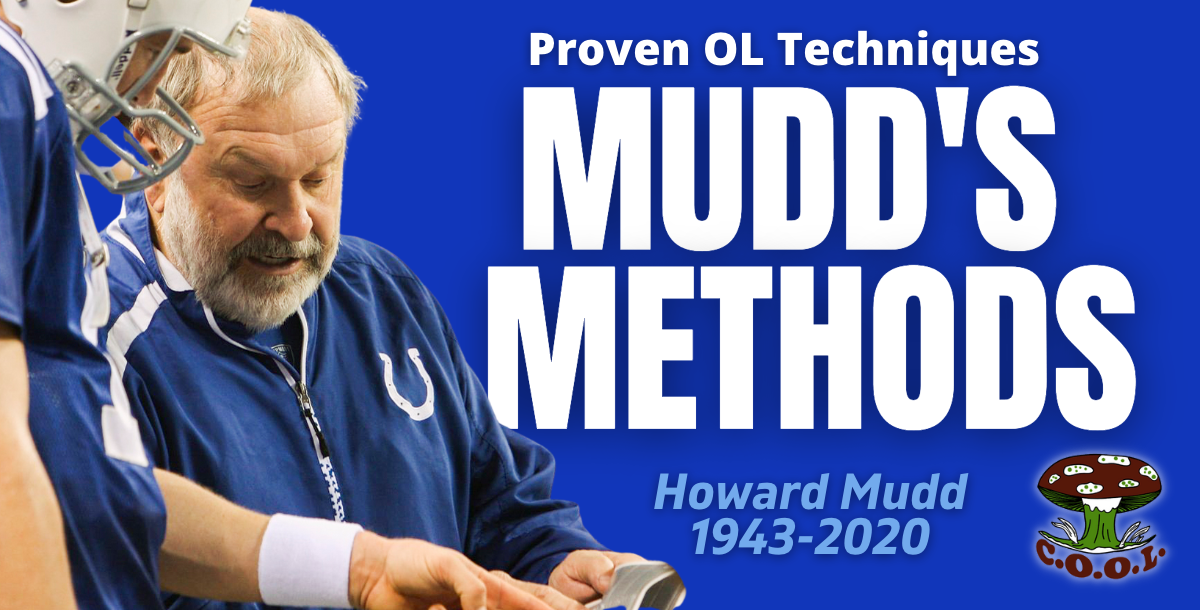 Legendary Offensive Line Coach Howard Mudd shares a library of techniques he developed over his career and has proven effective at the highest level.

He walks through the techniques and drills that helped him build some of the best offensive lines and linemen in the game.

Howard Mudd played football for Hillsdale College, graduating in 1963. He was a starting guard and a team captain, and was inducted into the NAIA Hall of Fame as a player.

He played in the NFL for seven seasons with the SanFrancisco 49ers and Chicago Bears. and was named an All-Pro two times.

After retiring as a player in 1971, he began his coaching career at the University of California, came back to the NFL as a coach in 1974 for the SanDiego Chargers, and spent his entire NFL career as an offensive line coach, also making stops at SanFrancisco, Seattle, Cleveland, Kansas City, Indianapolis, and Philadelphia.

While with the Colts from 1998-2009, his line allowed the fewest sacks in the NFL, with just 218 in 182 games. Peyton Manning played for the Colts for 11 of those 12 years and credits much of his success to the protection he received from Mudd's front line. The Colts won Super Bowl XLI.