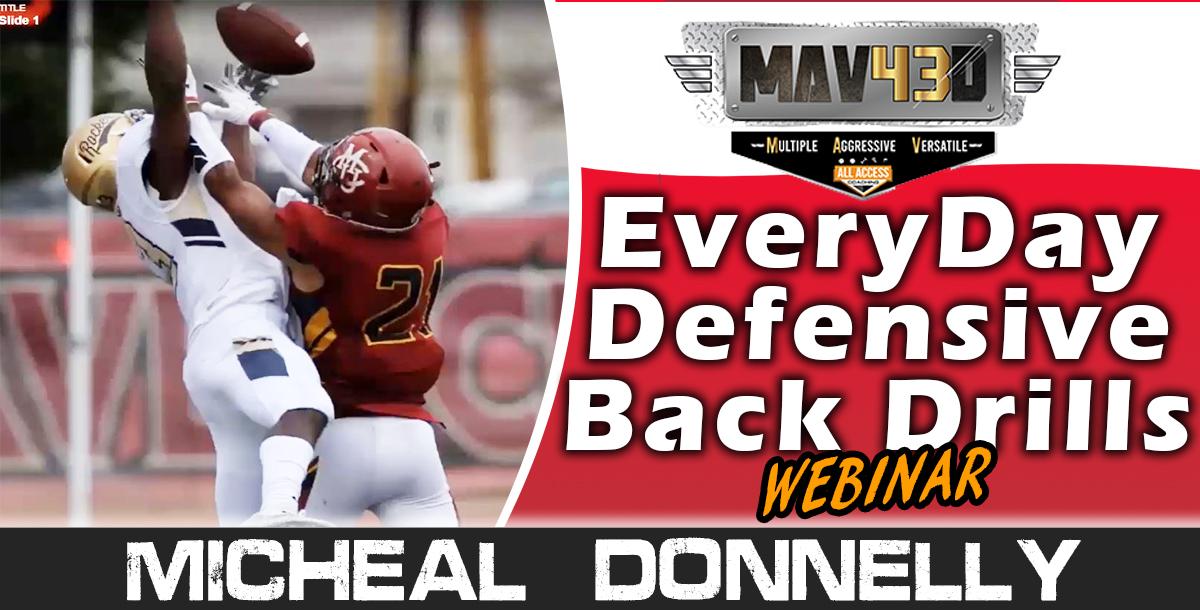 Michael Donnelly is entering his first year as the defensive backs coach, recruiting coordinator, and the co-special teams coordinator for the Muskingum football program.

Donnelly arrives in New Concord after serving the past two years as the defensive backs coach and recruiting coordinator at Colorado Mesa University.

He is a graduate of Colorado Mesa University (B.A. in science), where he competed as a defensive back for the program. Donnelly also received his master's of business administration from Eastern New Mexico University.

Donnelly brings several years of coaching experience working with defensive backs where he coached five All-Conference players and two All-Americans while at Colorado Mesa University. He also brings experience recruiting in the western part of the United States that includes Arizona, Colorado, California, and Utah.

Gary McGraw - Defensive Back Technique at the L.O.S and Downfield +Drills by Lauren's First and Goal
Views: 1128
$19.95