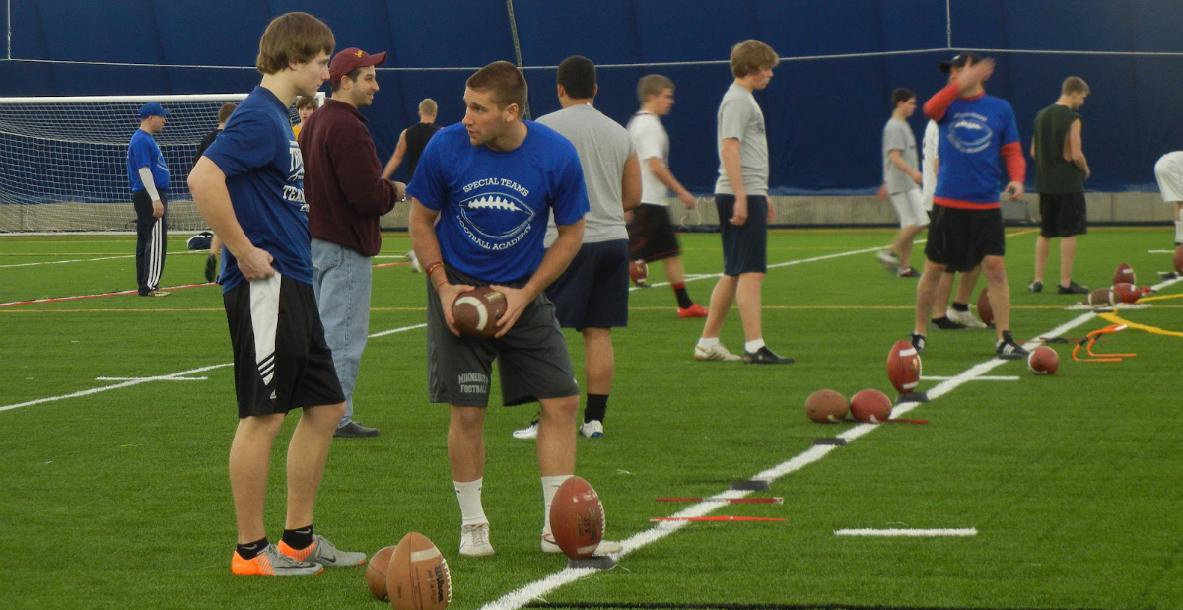 Chris is a Professional Kicking, Punting and Snapping instructor and a former NFL Free Agent Kicking Specialist of 6 years.  He trains athletes that span from the Midwest, Canada and various international countries.

He brings together some of the top kicking experts in the Midwest to help athletes reach their highest potential.  All instructors are former kickers, punters, and long snappers who have competed and trained at the highest level of football as an NFL specialist, Free Agent, or at the collegiate level.

Chris attended the University of St. Thomas. Received a degree in marketing and finance and played football (for 5 years) there as a linebacker, kicker and punter.

In his final year of football, he earned Special Teams MVP for the Tommies, was a 2x MIAC Special Teams Player of the Week and was one of the top punters in the MIAC.  Soon after Chris pursued the NFL level as a punter & kicking specialist.

Chris played minor league football as a punter and kicker for 6 years. In 2009, he joined the St Paul Pioneers and helped win the NAFL National Championship in Miami, FL and was selected to play in the All American Bowl.

He decided that he wanted to give back in the industry and teach athletes the tools of what it takes to succeed as a punter and kicker trying to get to the next level.

Chris holds one-on-one lessons, small group clinics, instructional and evaluations camps for kickers, punters & long snappers.  He also helps mentor the athletes to be good student athletes and teaches the mental aspects of kicking, punting & long snapping, and helps them with the college football recruiting process to find a program to join.

Over the last 3 years, he has been a special teams coach/consultant for various football programs. Since 2011, he trained over 14 kickers and punters that earned various All State Honors.

He is a volunteer Special Teams Coach for Wayzata High School, and helped produce some of the Top Special Teams units in the Conference, Metro and State over his 3 years so far.