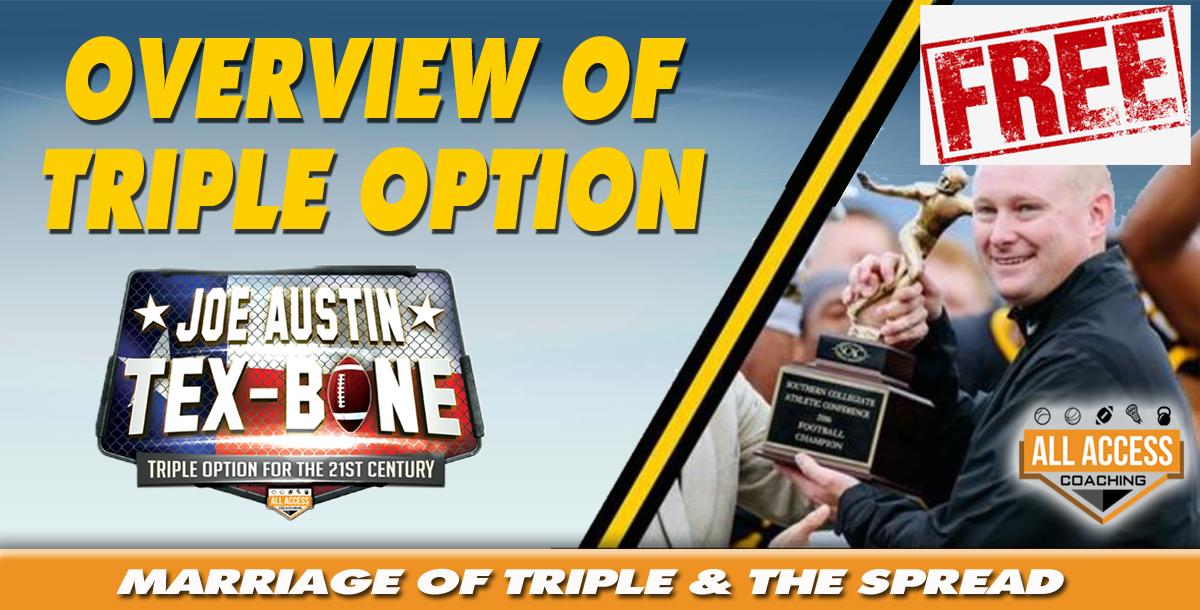 Coach Austin goes over in great detail the concepts behind Double & Triple Option.

Head Coach Joe Austin rebuildt the football program at Hanover College before re-starting the program at Southwester University (TX) that was the dormant for 62 years. In 2016 Austin guided the Pirates to an undefeated 6-0 record in the Southern Collegiate Athletic Conference (SCAC). The championship marked the team's first football championship since 1941 and the team's 7-3 overall record was the best in more thean 70 years, earning Austin the conference's Coach of the Year award.

I thought that the course was very well done. Coach Austin did a great job in sharing the teaching points that make the scheme/system work. As a defensive coach, I can see the issues we'd have getting ready to defend this scheme. I think that the sequence of the videos is the only thing I would have changed. The last video should have been first.