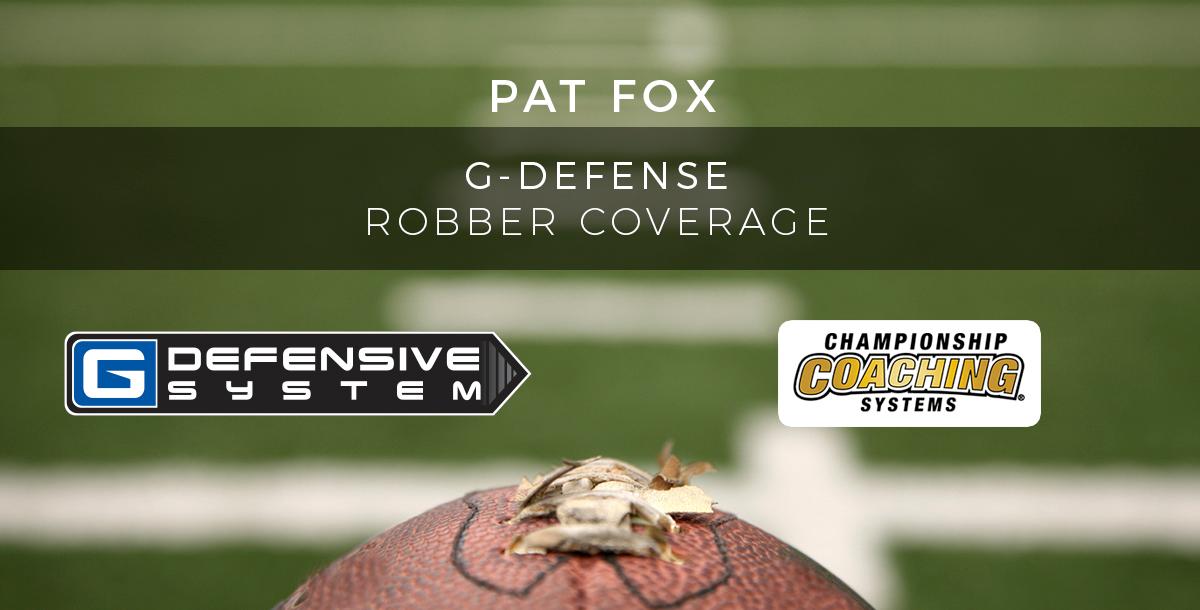 Robber coverage is the foundation of Coach Pat Fox's G Defense.  This coverage package will allow your defense to align quicky to multiple formations and get 9 hats in the box against the run while being sound against the pass.  In this clinic session, Coach Fox goes position by position from the D-line to the secondary with rules and techniques to allow you to install this defensive coverage from this course.  Coach Fox teaches with simplicity and passion, this is an amazing tool and a must have for your video librbay if you are an even front team.  If you are a youth coach, it may be the only set you need.

Awesome video. Coach Fox is thorough in describe the fundamentals for each position. I feel like I take this information and coach this defense now. Coach Fox's G Defensive System is very sound.

As always, Coach Fox bring enthusiasm and passion to his presentation. I love his defensive philosophy and the way he teaches it.