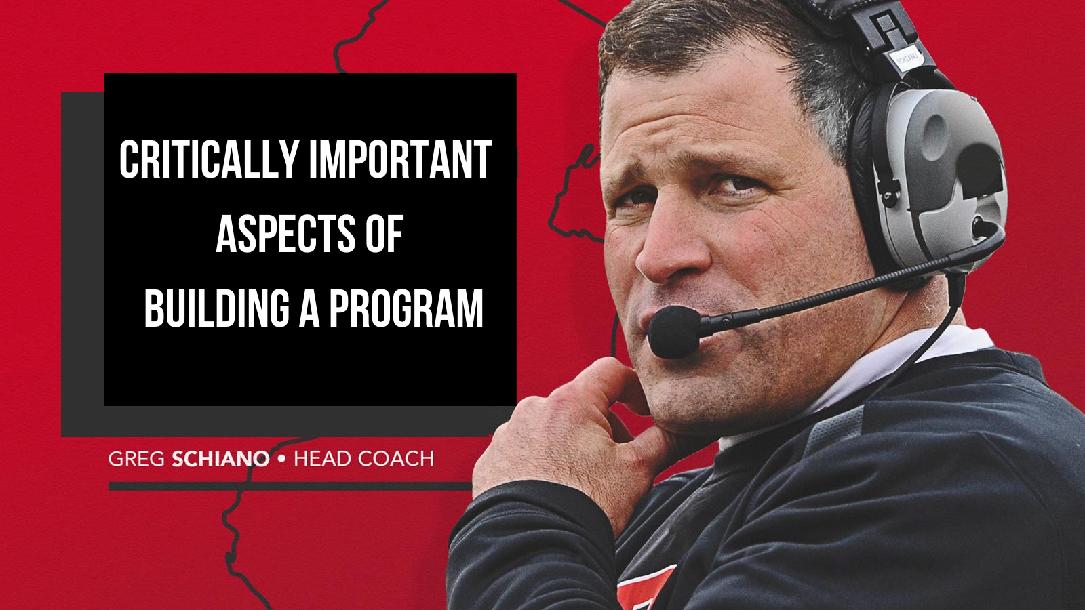 Rutgers Head Coach, Greg Schiano, explains what he belives are the most important aspects of developing a successful program. From the hiring staff, special teams and the vision. In addition he breaks down the “Law of Three”.

Greg Schiano, who led Rutgers to new heights from 2001-11, returns as the head football coach “On the Banks.” Schiano’s appointment as head coach comes following the Rutgers Board of Governors’ approval of contract terms on Dec. 3, 2019. The Wyckoff, New Jersey, native directed the Scarlet Knights to six bowl appearances, coached 83 RU players who signed NFL contracts and guided the program to the top APR score in the nation during his previous 11 seasons in Piscataway. He was named the 2006 National Coach of the Year. Schiano, who has three nine-win campaigns and coached 16 Rutgers All-America selections, holds a 68-67 record as the Rutgers head coach, including a 56-33 mark in his last seven seasons. The 68 wins are fourth in school history, behind Frank Burns (78), Harvey Harman (74) and John Bateman (73).