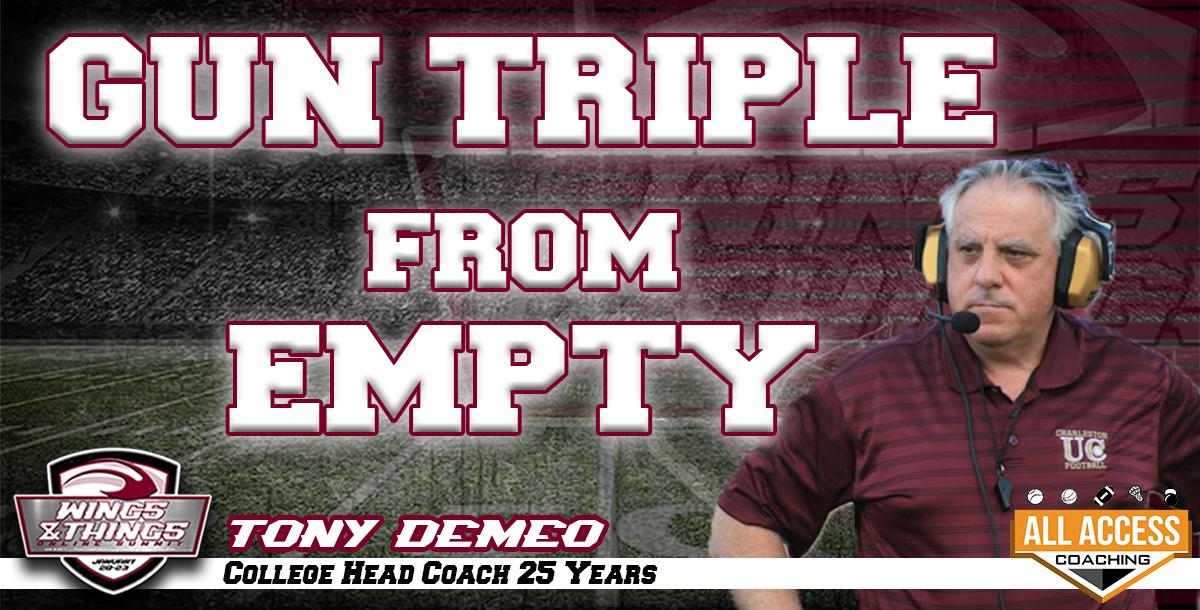 Using the Empty Formations to run The Triple Gun Offense added to the explosiveness of this offense because it spreads a defense out creating huge running lanes for the ball carriers. This adds to our philosophy of “ Speed in Space & let the big guys chase” Having a complete attack in Empty sets creates lots of additional preparation for your opponents.