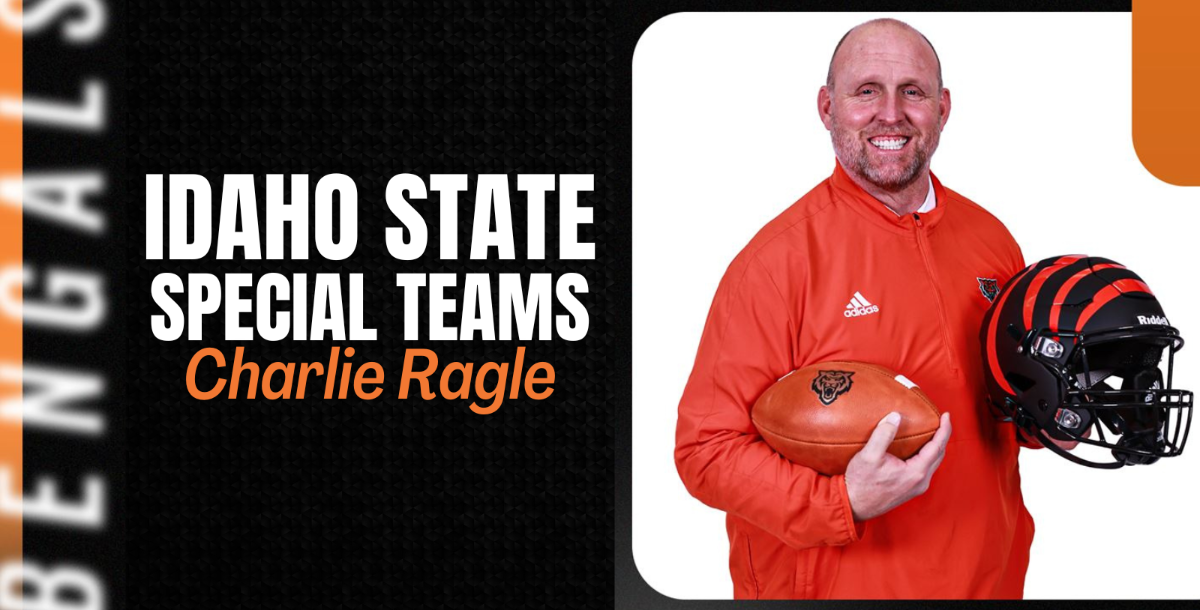 Idaho State Head Coach Charlie Ragle takes you through the squads special teams play and philosophies for the 2022 season. As a long time special teams coordinator, Coach Ragle breaks down the systems and Installs he has learned over his 2+ decades of coaching.  Topics of his course include an introduction to the Idaho State system, Installs, breakdown of blocking and examples of practice drills, KOR count, and more. Simply click “Book this Course” to start developing your own special teams and GET BETTER NOW!

Charlie Ragle is the current Head Coach at Idaho State University. Coach Ragle began his career in football as a running back at Eastern New Mexico from 1994-1997. After his playing career, Ragle began coaching High school football in Arizona in 2000. In 2006, he made the jump to college football taking a GA position at Arizona State.  Ragle went back to the High school game in Arizona from 2007-2011 before returning to college at the University of Arizona as an assistant in 2012. Coach Ragle was promoted to Special Teams coordinator and Tight Ends Coach from 2013-2016, before leaving for Cal taking the same positions. Coach Ragle was at Cal from 2017-2021 until taking the head coaching position at Idaho State in 2022.