If-Then Statements in the Wing T 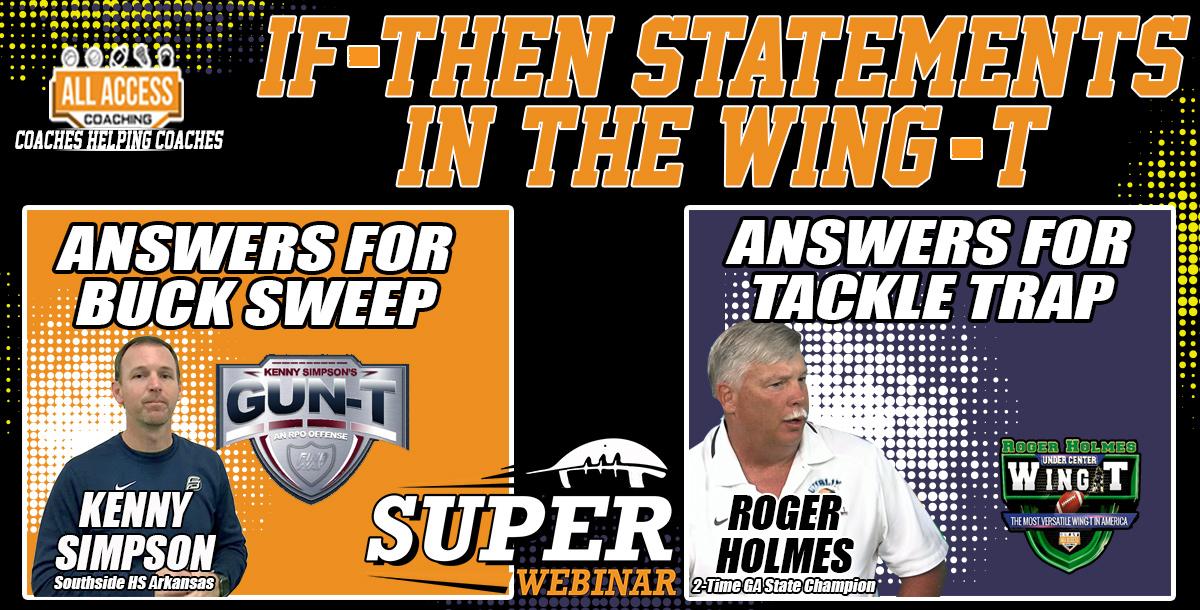 The Wing T System is built on IF-THEN statements

Learn from BOTH Under Center & Shotgun Wing T Masters

No Air Raid, No RPOs...just good, fundamentals with blocking rules that have answers to every defense.

Do Your Blocking Rules Change During the Season or You ADD a blocking rule because you are facing a defense that you don't have the answer for?

The counter will freeze the feet of high octane athletes who want blow up your precision timed offense.

Coach Holmes has won 157 games  with 8 Region Championships and 1 State Championship game with the Fighting Irish.   Before coming to Georgia, Coach Holmes  had won 73 games in eleven years at Beech High School, Tennessee.

You just booked "If-Then Statements in the Wing T"