Inside Zone: Coaching The Offensive Line 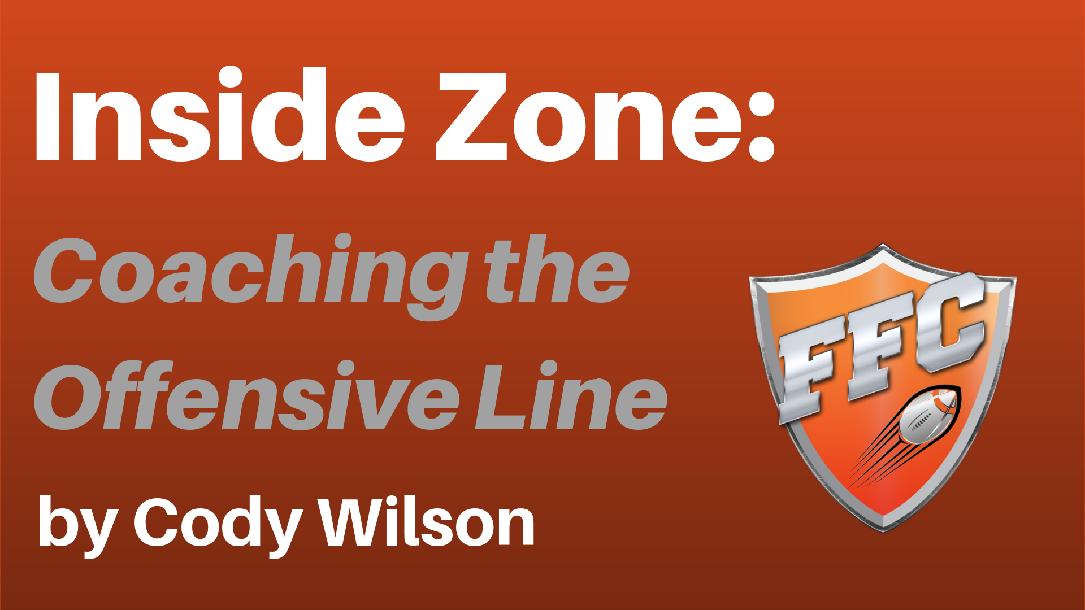 The inside zone is the most popular run play in football today hands down.

It's flexible and works against anything the defense shows you. That makes it a core play anybody can call and be successfull.

It is also a great way to get double teams on down lineman and give your running back great space to run through.

Coach Cody Wilson details every single aspect of the Inside Zone play so that you can install it with absolute confidence.

You will learn every single aspect of how to run IZ successfully from scheme to technique to drills.

You will know what to say and when to say it.

Plus, Cody is an expert in making it simple for High School athletes who maybe don't know a lot about football coming in.

Get all your questions answered and learn all the little tips and tricks to making IZ you new favorite offensive run play!

Check out this article for some additional great strategies on coaching the Inside Zone Run Blocking Scheme:

--->The Ultimate Guide To Inside Zone Blocking<---

At East Central Community College he coached Running Backs and Tight Ends in 2013.

His High School coaching experience then started at Denham Springs in Louisiana where he coached Offensive Line from 2014-2016.

As an Offensive Coordinator he coached in Morgan City HS, Louisiana in 2017 and now currently coaches the Offensive Line at Patterson High School, Louisiana.

Solid content with simple to understand instruction. Coaches who take this course can take what they've learned from it to the football field. The count system explanation was excellent. Well worth the price of the course.

If you're looking to run zone, this course is very helpful. Coach Wilson does a great job of breaking down the OL responsibilities and techniques. I plan on sharing this with the OL coaches on my middle school staff.

Absolutely enjoyed the complete breakdown of the Inside Zone blocking schemes as well as the many Tags and great drills included. Coach Wilson...thank you...this is the kind of stuff I needed to feel comfortable about running Zone this season. I cannot wait to start teaching these things to my guys because now I can explain things so much better.👍I highly recommend this course to anybody wanting to learn the technical aspects of Zone more. You will not be disappointed.

The counting method is fantastic. Great explanations; easy to understand.

Very good info. New to IZ and everything was put together in an organized manner. Very easy to follow. Great job!

You just booked "Inside Zone: Coaching The Offensive Line"