Installing an Offense at the Youth Level 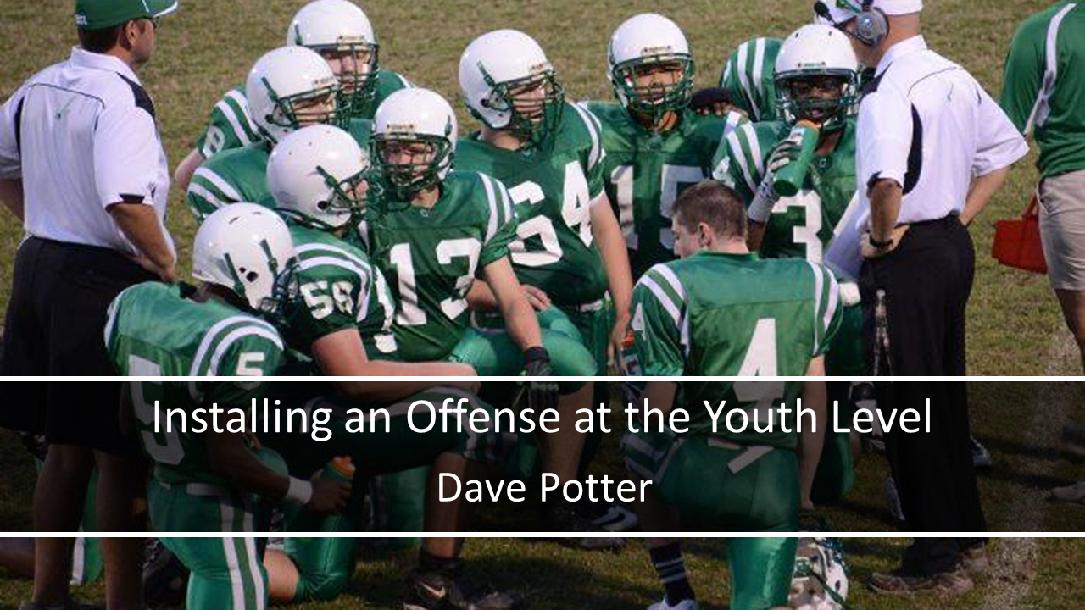 Coach Potter has been a Durham resident for the past 28 years. He has been a coach with the Durham Eagles Athletic Association since 1997. A head coach from 1999-2010, his teams won ten Consolidated Football Federation championships, went undefeated eight times, and won 91 of their last 94 conference games dating back to 1999. Five times in eight years, his teams finished in the “Top 16” football teams in the nation. A firm believer in the importance of academics, his teams had 44 “Academic All-Americans.” His passion and commitment to academic success lead to his development of the Durham Eagles “Academic Hall of Fame” program in 2002. This program has been further developed to include character-building and leadership development.  His written work, “Character, Academics, and Leadership: Building the Foundation” is used as a model by more than one hundred youth sports organizations around the country. He was instrumental in bringing in the educational tutoring firm, “Supplemental Learners” to partner with the DEAA so that his players had access to tutoring throughout the season.   He is a member of the Fellowship of Christian Athletes, American Football Coaches Association, North Carolina High School Football Coaches Association, and the North Carolina High School Coaches Association.  He was nominated for the PCA Double Goal Coach of the Year for 2013.

You just booked "Installing an Offense at the Youth Level"