Installing the 4.2.5 and 4.4 With Multiple Defense Schemes 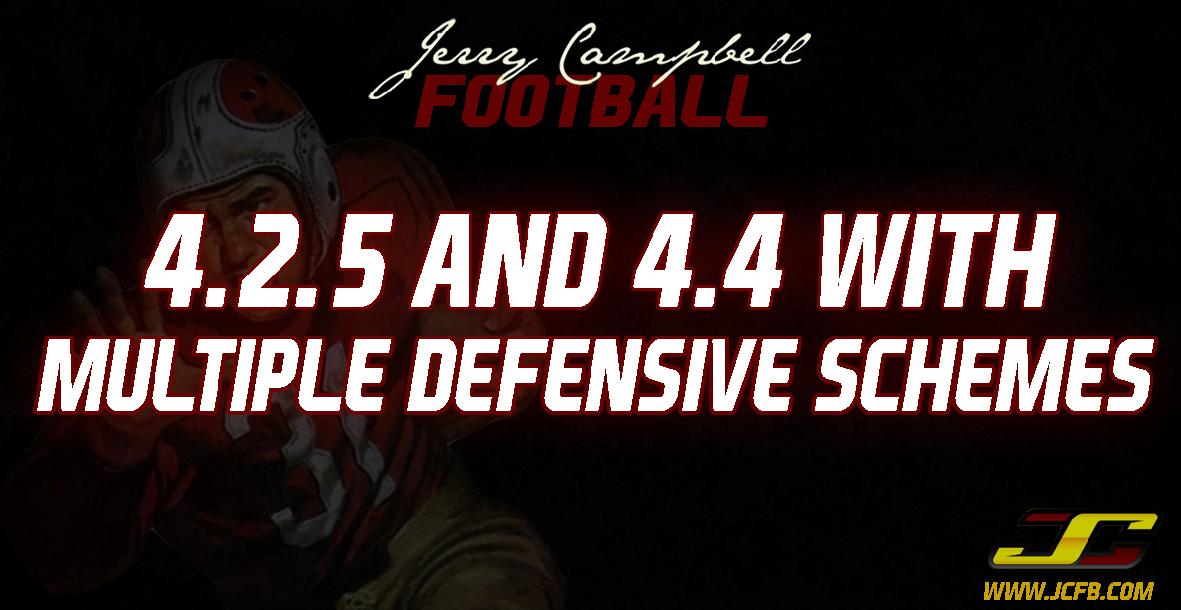 Installing the 4.2.5 or 4.4.  Installing the Multiple 4.2.5 Defense goes over how 4.2.5 defense is built around a basic 8-man front with 4 down linemen, 2 inside linebackers, 2 outside inverts, and a 3-deep secondary. Coach Campbell has also included drills that will take you through tackling techniques, pursuit drills, and an abundance of position techniques.  "Installation of the 4.2.5 Defense" features all the needed detail and information for installing Multiple 4.2.5 defensive fronts, position techniques and drills, line stunts, dogs , blitzes, pass rush, and multiple defensive coverage's.

1 Installing the 4.2.5 or 4.4 with Multiple Defensive Schemes PDF

Jerry Campbell brings 45+ years of experience as an active coach with experience at all levels of coaching which includes College, High School and youth football while having 20 years of national clinic speaking experience with the Glazier clinics.  Coach Campbell has a large passion for sharing his experience with others and has authored more than 43 different football books on all aspects on the game of football that includes offense, defense, kicking game and program organization.  Coach Campbell's Football Coaching Videos, Manuals, Books, and DVD's have been written and produced to be thought-provoking, as well as a guide to help coaches evaluate and enhance their philosophies, knowledge, preparation, and schemes. Coach Campbell's Offensive, defense and kicking game football books are filled with X & O diagrams that feature detailed explanation and coaching points. Coach Campbell's Football eBook’s and football manuals can be used as guides for developing a successful approach for implementing many different schemes and techniques in either case, your knowledge on the game of football is guaranteed to improve.

2004 Selected and served as a Board of Directors member for the Texas 7 on 7 State Qualifying Tournaments.

1996 Number 1 ranked team in scoring in the nation

NEW!
No Huddle No Mercy (Book) - A Complete Guide to Installing The No-Huddle Offense by Shawn Liotta
Views: 1968
$29.95

You just booked "Installing the 4.2.5 and 4.4 With Multiple Defense Schemes"