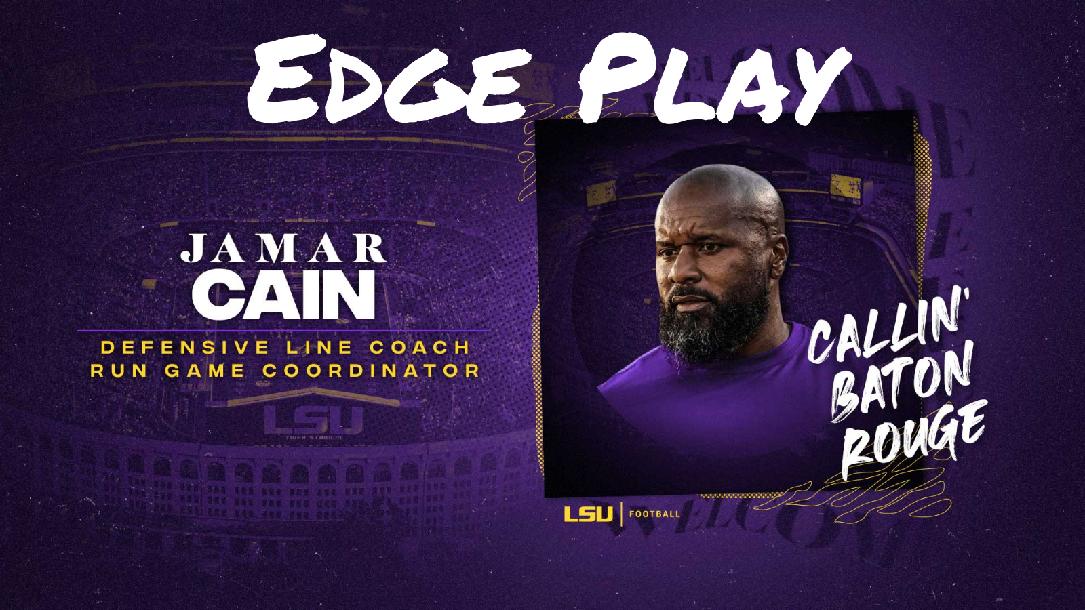 In this course, Coach Jamar Cain of the LSU teaches the pre practice drills, get offs, the top of your rush, speed, and in game film. Having a talented player isn't enough.  There has to be a plan and structure for developing edge players, whether those be defensive ends or outside linebackers, and Coach Cain shares that in this course.

Immediately following his collegiate playing career, Cain entered the coaching ranks. He spent two seasons as a high school coach and one year as an assistant coach at Sacramento City College before getting his opportunity at the FBS level as a defensive graduate assistant during the 2005 season at Ohio University under head coach Frank Solich. His responsibilities at Ohio were with the defensive ends.