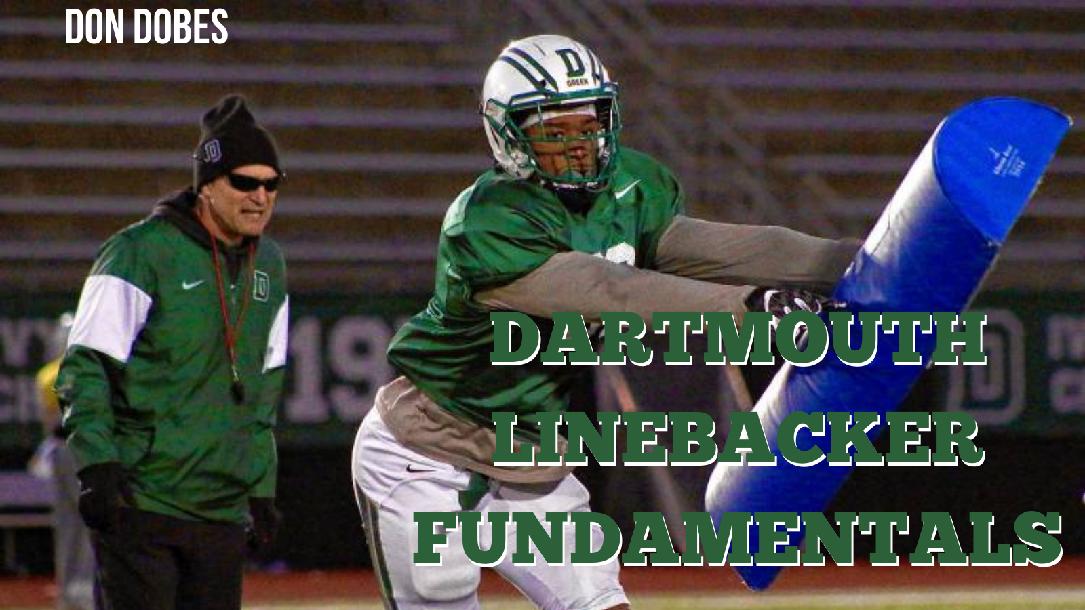 They are consistently one of the best defenses and tackling teams in the Ivy and it starts with the linebacker corps. Dan Dobes, Dartmouth Defensive Coordinator, teaches the drills he uses to focus on Linebacker fundamentals. From block destruction and run stopping to pass defense and blitzing, Dobes details all of the fundamentals and the drills he uses to teach his players to perform at an elite level.

Don Dobes, a 43-year veteran of college coaching, has logged 32 seasons in the Ivy League, including a decade at Dartmouth. During his time in the Ancient Eight, he has been a part of eight conference championship teams, including the nationally ranked Big Green squads in 2015 and 2019. Dobes joined the Dartmouth staff in the spring of 2010 as the defensive coordinator and linebacker coach for the Big Green. Upon his arrival in Hanover, he improved the rushing defense 70 spots in the national rankings as the Green posted their first winning record in 13 years. The following season, he shored up the pass defense, which led the league and ranked 21st nationally. In each of his 10 seasons at Dartmouth, the team has been among the top 35 teams in fewest points allowed, cracking the top 10 four times. The rushing defense has been in the top 10 four of the past five years, and the pass efficiency defense both of the last two seasons.