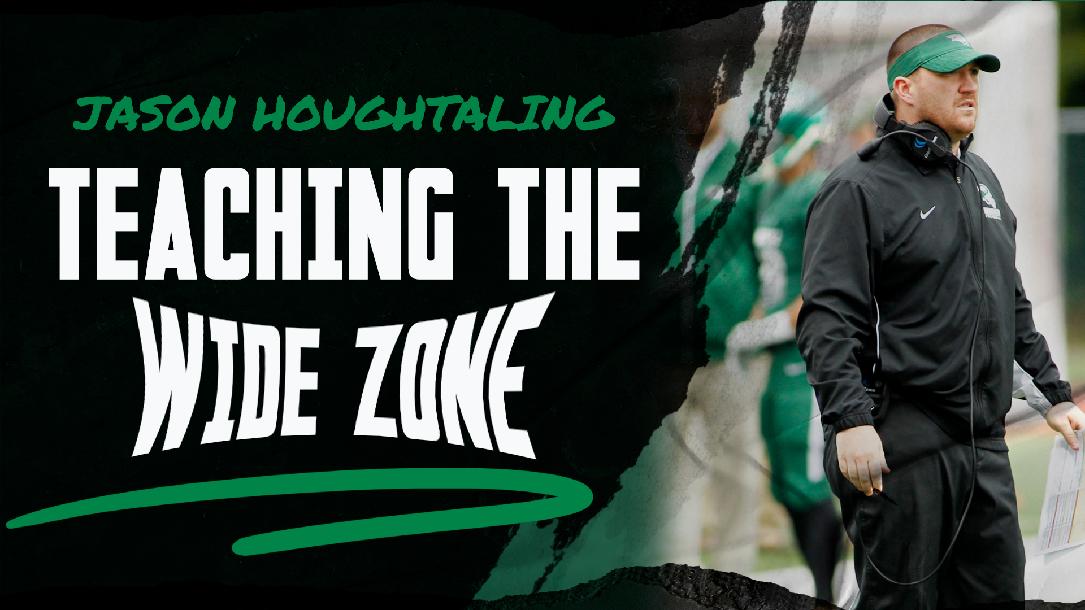 In this course, Coach Jason Houghtaling takes you through the main offensive line points for teaching the wide zone. Topics include:

If you're looking to bolster your zone run game, ths is the course for you!

Houghtaling (HO-tail-ing) previously spent 5 seasons as the Head Coach at Wagner and was a coordinator there prior to accepting the Head job. Houghtaling was overseeing the offense when the Raiders and Seahawks met in the 2012 NCAA playoffs.

Houghtaling coached 28 All-Northeast Conference selections during his time as head coach, including 15 first-team choices. One of the headliners was 2018 and 2019 NEC Defensive Player of the Year Cam Gill.

He helped send two Wagner offensive tackles to the NFL. Greg Senat, who played both football and basketball at Wagner, was a sixth-round pick by the Baltimore Ravens, while Matt Diaz signed as a free agent with the Dallas Cowboys.

A native of Windsor, New York, about 60 miles south of Hamilton, Houghtaling and his wife, Mary, are the parents of daughters Abbie and Emma.

“I’ve known Jason for a long time and we used to recruit Florida at the same time for our schools,” Hunt said. “He’s an offensive line guy; that’s what he’s done his entire career. He is very good at the techniques we use on offense.

“He’s been at Cornell, so he’s very familiar with the academic requirements we have. He’s been an offensive coordinator, so he sees things big picture, and he’s from the area. I’m really excited to bring someone in with this much knowledge – both football and technical.”

Great breakdown and explanation of wide zone. Thanks coach!

Jason McEndoo - Oklahoma State You Want To Run The Outside Zone? by Lauren's First and Goal
Views: 2786
$19.95